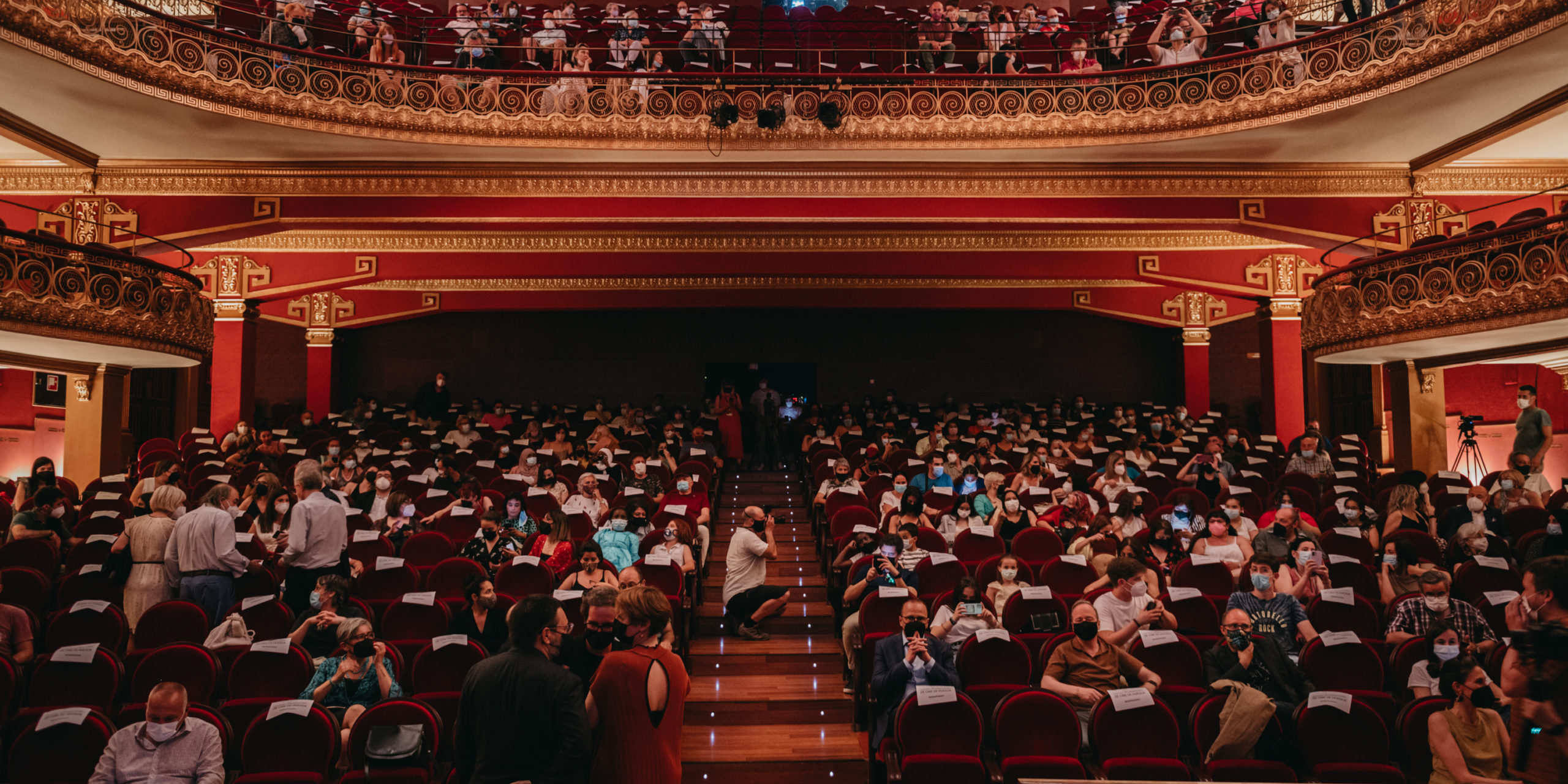 THE COMPETITION GENERATES MORE THAN 500 MILLION CLICKS AND REACHES OVER 11,000 PRESENTIAL AND ONLINE VIEWINGS

The Huesca International Film Festival closes its 49th edition with a media potential worth more than 2.2 million euros; a figure based on the advertising value of over 500 million clicks that the event has generated on the network during its celebration according to an analysis by MyNews. This figure amounts 10 times its budget  (200,000 euros) and reflects “the economic potential that the festival has inside and outside our borders”, as explained by its director, Rubén Moreno.

Regarding the spectators, the Alto Aragonese contest confirms the return of the public to the theaters, with more than 4,000 people attending the various projections and programmed activities, despite the restrictions (limitation to 50% of the capacity). As a matter of fact, the first four-day sessions were sold out: the opening ceremony -with the Pepe Escriche Award for CIMA and the premiere of La casa del Caracol-, the world premieres of the documentary Las clases and the animation film Dogtanian and the Three Muskehounds, as well as the first screening in Aragón of Argumán managed to sell all the tickets available for their special passes. A variety of proposals that reflect the capacity to appeal to all types of audiences and the bond between the city and its film competition.

The online platform reached over 9,000 viewings, with viewers from all over the world who have accumulated close to 50,000 minutes in total. Especially noteworthy are the short film competitions: 75 works from 25 different countries have been streamed all over the planet. A great part of the audience came from Spain, Mexico, Brazil, the United States, Costa Rica, Vietnam and Chile; Germany, France and the Netherlands also stand out in Europe. Although the platform was also visited by people from Oman, South Korea, India, Japan and Israel; a compelling evidence of the worldwide impact of the online proposals of the festival.

Another flagship of the festival is its social dimension: this edition has been marked by the return of one of the most important one: the “Seniors at the Festival” activity, aimed at the city’s senior centers and residences. This section proposes a special programming suited to the concerns and interests of this specific audience. After the necessary adaptation last year’s pandemic situation required, it returned to its original format and did so with a great feedback from all the users of these spaces. Likewise, “Kids at the Festival” was held, thanks to a stop-motion streaming workshop by the winner of a Goya Award: the animator and filmmaker Coke Riobóo. Finally, a further step was taken in the already consolidated collaboration with CADIS Huesca (Coordinator of Associations of People with Disabilities of the province of Huesca); In addition to supporting activities that promote inclusion, such as the Bandidos de la Hoya radio program and using of sign language interpreters at all the galas, they collaborated in the world premiere of Dogtanian and the Three Muskehounds based on the iconic series from the 80s. It is worth mentioning that a week after its worldwide presentation in Huesca,  its premiere in England reached the top 10 ranking at the box office.

In the media, the festival was once again a cultural benchmark for some of the main newspapers in both Spain and Latin America, with nearly a thousand direct news items and more than 150 interviews. In countries like Mexico, the Ciudad de Huesca Carlos Saura Award granted to the director, screenwriter and producer Michel Franco, and the Luis Buñuel Award granted to the filmmaker Gonzalo Suárez, appeared in the front page of some of the main newspapers and television channels in his home country. Social networks continued to rise and were consolidated as a key tool in its dissemination, with a social reach of more than 10,400 followers.

Regarding the ROI for the territory, for yet another year, most of the investments remain in Aragon, giving priority to suppliers from the province of Huesca, who represent 95% of the total.