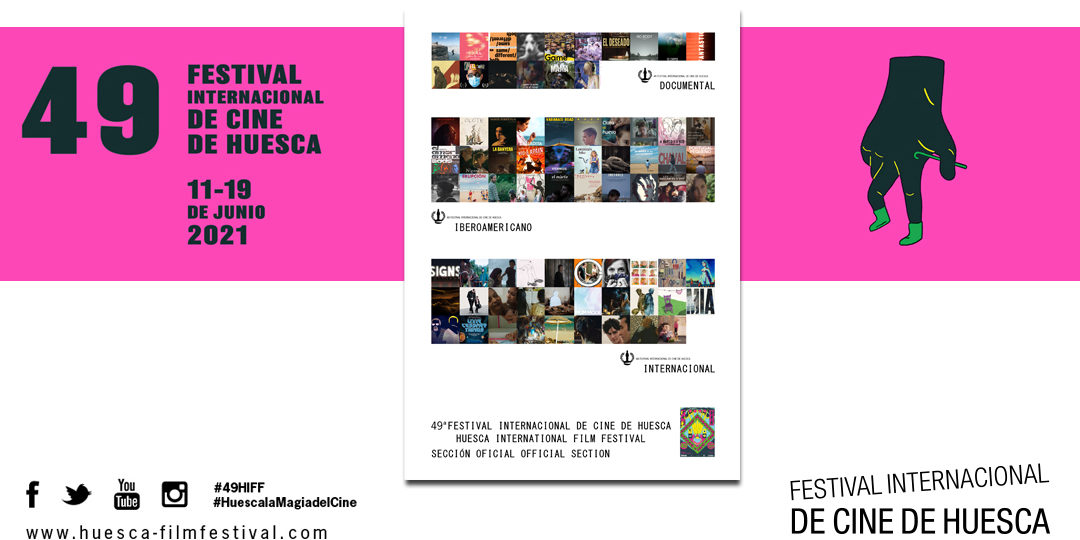 THE OFFICIAL SECTION WILL SHOW WORKS FROM 25 COUNTRIES IN EUROPE, AMERICA, ASIA, AND AFRICA

SPAIN, FRANCE, BRAZIL, AND BELGIUM ARE THE MOST REPRESENTED COUNTRIES.

FICTION, COMEDY, SUSPENSE, KINKY, EXPERIMENTAL AND ANIMATION FILMS ARE SOME OF THE GENRES THAT THE VIEWER WILL FIND

The 49th Huesca International Film Festival will include 75 short films in its official section. Works from 25 countries that will be a review of “the current international short film industry”, as defined by its director, Rubén Moreno. Europe, America, Asia, and Africa will be represented at the Aragon event from June 11 to 19; 29 works in the International competition, 30 in the Ibero-American and 16 in Documentary category have been selected amongst the 1,733 films received. Spain, with 21 proposals, France, with 9, Brazil, with 5 and Belgium, with 4, are the countries with the highest representation.

The Festival continues to promote one of the main values it stands for: its commitment to new filmmakers. More than a third of the total (26) are works from schools and debut films. “Huesca has always been a window to the world for new filmmakers; the role that the festival has historically played as a turning point in the career of short filmmakers is an element that it has preserved and assumed with great responsibility, ”says Moreno. Another noteworthy data is the strength of women, with about 40% of the selected works directed by women; especially in the documentary category, where 10 of 16 of the selected films have the stamp of a women as a director.

The selection shows “a mosaic that reflects the concerns of the different current social layers”. Pure fiction, comedy, suspense, kinky, experimental and animation cinema will be some of the genres that the viewer will find on the screen, and where the themes linked to the pandemic appear in an “atomized but recurrent” way, concludes the director of the Aragonese contest. In addition, he highlights the attractive of the event as a premiere venue, with 27 international and national debut film.

The list of titles selected includes some of the latest works by consolidated interpreters of the Spanish cinematography. In front of the cameras, you will see some of the most acclaimed Spanish actresses of recent years such as Eva Llorach (Quién te cantará), Marta Nieto (Madre) and Elena Irureta (Patria); As to directors, the events will show the last work as director of  the also actor Jaime Oías (Promoción fantasma).

Aragonese cinema makes its way in 2021 in its own right and manages to be represented in the contest selection with the short film La Pared. The second film as director of Gala Gracia, confirms the quality of her work; The Huesca filmmaker has already received many recognitions with her debut feature (El color de la sed), including the 2018 Simón Awards.

The Huesca International Film Festival thus confirms the backbone of its programming and unveils the names of the contestants to the prizes that amount to more than 24,000 euros in prizes. Its highest recognition, the Danzante award in each of its three competitions, has the endorsement of the Academy of Motion Picture Arts and Sciences of Spain and grants three short films a pass to enter the shortlist for the Oscar Awards. The screenings of the three contests of this 2021 edition will take place at the Olimpia Theater, but the online option is maintained (active since 2015) through the official website of the event; a free option that facilitates viewing and overcomes geographic barriers caused by sanitary restrictions. The objective is to reach all audiences and filmmakers, even if they cannot travel to the venue between June 11 and 19.