ARMUGÁN IS PRESENTED FOR THE FIRST TIME IN ARAGON, IN THE 49th INTERNATIONAL FILM FESTIVAL OF HUESCA 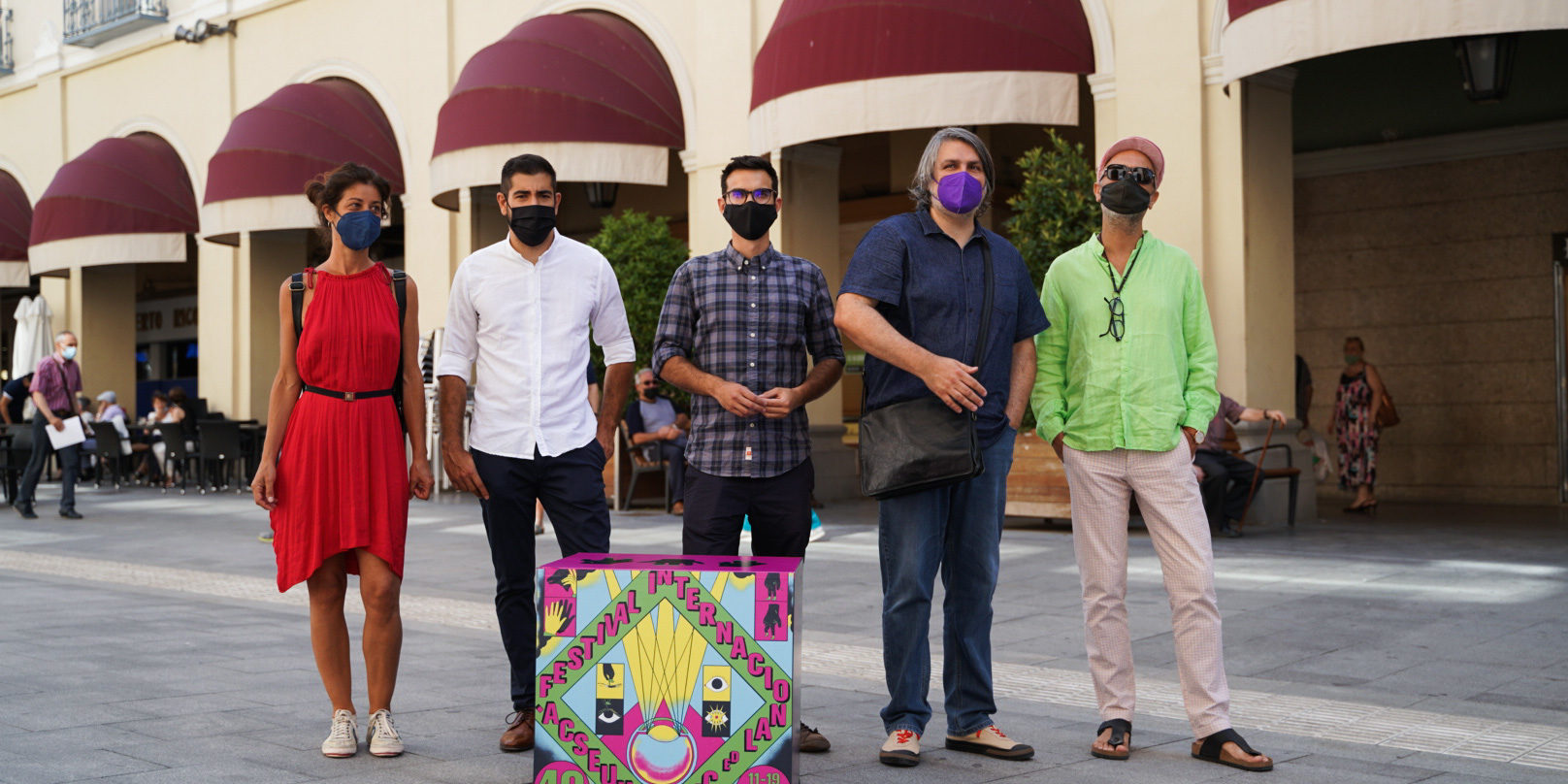 The Olimpia Theater puts up a “sold out” notice for the fourth succesive day with the Aragonese premiere of the film that has generated top expectation in the province, Armugán, within the “Aragonese Window” day of the Huesca International Film Festival. Its first screening in the autonomous community takes place this Monday, June 14 after its world premiere at the Tallinn Black Nights Film Festival, -where it obtained, among other awards, the Best Soundtrack for Juanjo Javierre from Huesca- and the Spanish Film Festival of Nantes.

Its director and scriptwriter, Jo Sol, producers Leo Dolgan (also responsible for sound) and Daniel Vergara (also responsible for photography) and Juanjo Javierre have come to the capital of Alto Aragón to present the feature film. The film takes the viewer to a remote valley of the Aragonese Pyrenees where people sing the legend of Armugán. It is said that he has a mysterious and terrible profession, the likes of such that no one dares to speak about. They say that Armugan moves through the valleys clinging to the body of Anchel, his faithful servant and together they share the secret of a work as old as life, as terrible as death itself. “The story develops the relationship of two apparently opposite characters who accompany each other. The film doesn´t pretend to make a point but to take the viewer through a narration “, defended Sol.” There are traditions that explain a whole philosophy, focused on how to live rather than how to face death. Our life experiences are based on establishing links with our identity. It appealed to me to talk about the point where there is no turning back and one must face the inevitable ”.

Jo Sol has been shooting against the tide for almost twenty years, “cultivating”, as he puts it, “this form of resistance”. “Because the market normally value obvious subjects, but this fringe cinema also enriches our cultural narrative”.

“The plot has been in my head for a long time, but for a variety of reasons, I couldn’t shoot the film,” he clarified. One of the catalysts was his meeting with Dolgan and Vergara, partners of the Aragonese production company La Bendita Produce. Another factor was the location: the film has been shot in the province of Huesca -Boltaña, Ascaso, Muro de Bellós- and Zaragoza, with an Aragonese team. “What fascinated me the most about that part of the Pyrenees is that there are many people who live in isolated areas and still, they have a strong relationship with culture. This was a fundamental factor because you know that your proposal, will be well received, “said Sol.

The COVID-19 health crisis affected the film’s distribution. However, Leo Dolgan clarified that, for now, they are satisfied with the path that the film is taking. However, it is possible that the pandemic did affect the way viewers understand this story about life and death. “It is a very pertinent issue,” said Javierre. “We are more sensitive to the fact of losing someone without being able to say goodbye,” said Dani Vergara, “and this film tries to make us see that death may not be like this dire image that we have of it, but that there may be a spiritual hope . The film is full of light ”.

It is also a very local film, nestled in landscapes, with a very specific story, shot in Aragonese, however it has achieved a universal impact. Its director indicates that  “after Tallinn, we received messages from Iran and Israel,” “I believe that the pandemic has prompted us to see ourselves as a connected whole, beyond races and countries.” In fact, in addition to a “tour” in Aragon, the film plans to travel to festivals in Hungary and Israel in the coming months.

After receiving the award in Estonia, the soundtrack album was released. Javierre indicated that: “I found out about this project at the festival two years ago,” “When I was asked to work with Jo, it felt honored. A luthier who lives in the mountains of Madrid built a special instrument for the film, with a vulture quill, which we mixed with electronic sounds, also created by electronic luthiers, with fine-tuned winds. That mix of sounds created a universe that I am very proud of. I didn’t know I had that in me”, he says.