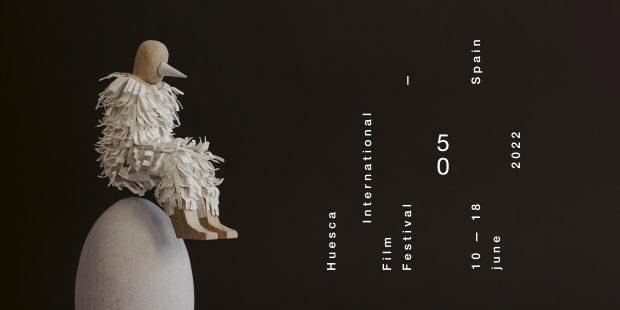 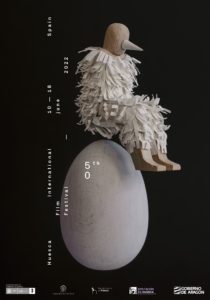 The Huesca International Film Festival is set in motion for the 50th edition to be held next June (between the 10th and the 18th of that same month). This important cinema event presents its central image, designed by the renowned artist and designer Isidro Ferrer, at the same time it calls for entry of short films to participate in the three competitions that make up its programming. The official poster for the 2022 edition represents a man disguised as a bird and an egg; a thought-provoking creation for the viewer with no direct reference to cinema, although, for its author, it “embraces a very Buñuelian surrealist spirit”.

The work has a high dream component and appeals directly to the universe of creation, fantasy and magic; as its creator explains “the egg symbolizes the origin of being, perfection and creation. It also represents the world and the Universe ”. Regarding the bird, it is “a celestial symbol” that in some civilizations represents intelligence and wisdom, “this is the reason why the shamans and indigenous leaders wear bird feathers,” says Ferrer. The union of both elements is common in mythologies from all over the world, from Egypt to India, or Oceania; “The world’s egg is a mythological and cosmogonic symbols that commonly represents a beginning of some kind,” he concludes. 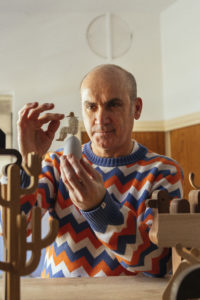 Isidro Ferrer (Madrid, 1963) is one of the most internationally known Spanish graphic designers and illustrators. The creator based in Huesca has achieved many recognitions such as the National Design Award in 2002 and the National Illustration Award in 2006. His link with the festival is strong and extensive, author of one of the most awarded posters (in 2012 together with the photographer Chema Madoz) and creator of the current Luis Buñuel Award, Isidro has been advising on the selection of the festival poster for the last two decades and has been a patron of the Festival Foundation since 2019. Member of the AGI (Alliance Graphique Internationale), this professional has produced an extensive work that covers all types of support, technique and communication channel; He has participated in multiple group exhibitions, held 80 individual exhibitions in different countries and published more than 50 books in various languages, among his works are the posters made for the National Dramatic Centre (Vision Golden Award, JCDecaux de Creatividad Exterior), the credit titles of the feature film Que se Mueran los Feos by Nacho García Velilla, and the corporate image of the Huesca City Council.