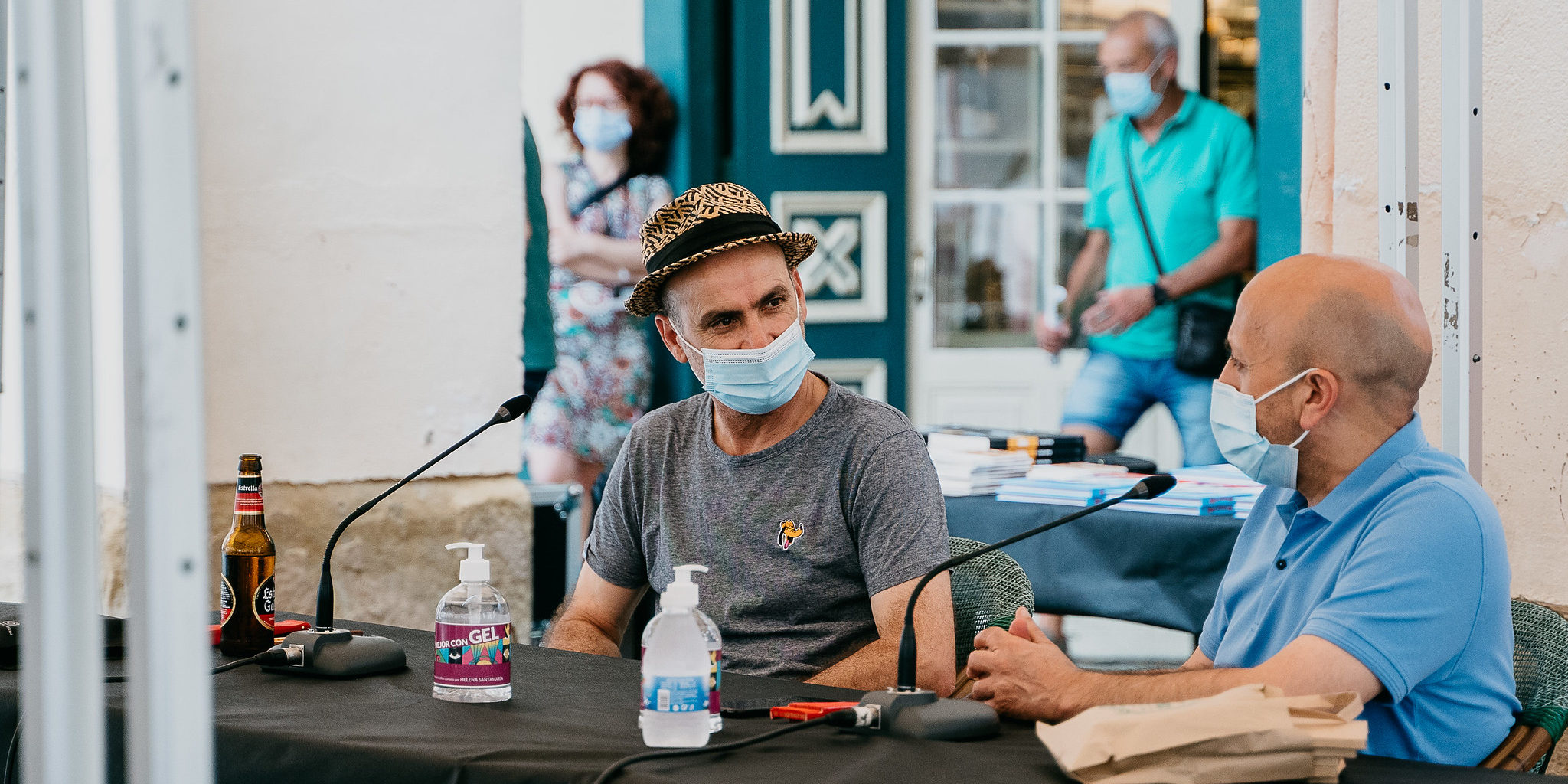 On the occasion of the 100th anniversary of Luis García Berlanga, the Huesca International Film Festival presented in a vermouth round table the book Farewell, Mr. Berlanga!, written by Luis Alegre. The illustrator and graphic designer Isidro Ferrer accompanied the author In the talk about the filmmaker’s work. Alegre and Ferrer share a common past in relation to the filmmaker: both worked as extras in the film The Heifer, shot in Aragon in 1985.

“I was commissioned this book for the 100th anniversary,” said Alegre. “My intention was to make a publication for people who don’t normally read film books. Years ago I gave talks to some master’s students at the University of Zaragoza, and since they all came from different careers, I used to give them a questionnaire at the beginning to know about their cultural level. I asked them about authors and their works: who wrote Campos de Castilla, what painting Pablo Picasso they knew … And in general, these are things that sound familiar to people. But they do not know the great classics of cinema, much less Spanish cinema. One day, instead of handing out the questionnaire, I dictated it and a student asked me if Viridiana was spelled with b or v. I realized that real movielovers are very few, we think that everyone knows what we are talking about, but it is not like that. And it’s a shame because, in the case of Berlanga, through his cinema you know the heart of our country much better. It immerses you in Spanish culture and values in a unique way”.

Anecdotes from the shared filming experience of The Heifer took up much of the talk. Alegre contextualized the film, not only within the work of his director, but also in his own personal history.

“When the Civil War began, Berlanga did not worry too much, until he had to go to work as a nurse in Teruel and saw the devastation caused by the conflict. Not only did he have to face that, but his father was sentenced to death. His mother thought that if one of her sons joins the Blue Division, their father might be commuted, so Luis, who felt attracted by Falangism and also wanted to impress a girl, joined the Blue Division. He returned from it shocked, changed and reluctant to any form of totalitarianism. He became anti-communist, anti-fascist and anti-Franco, and the rest of his life he just felt like a libertarian. Furthermore, although his father’s sentence was commuted to jail, it was not because his son went to fight but because his family bribed the authorities. All these experiences transformed Berlanga. When he decided to be a film director, the first story he imagined was a comedy about the Civil War that included a proposal for reconciliation and the subliminal message that all Spaniards had lost the war. Because, according to Berlanga, the only winner of the war was the Catholic Church. He tried to shoot it during the Franco regime but,  of course, the censorship didn’t let him. He couldn’t carry out this story until after Franco’s death, and that is why he was so fond of The Heifer, because he wanted to shoot it from the beginning ”.

Rubén Moreno, director of the Festival, introduced in the talk the difficulty of get acceptance of his films in other countries due to, among other things, his habit of creating dialogues in which the characters continuously step on each other, a very Spanish thing. Ferrer and Alegre agreed and added that, indeed, he and his screenwriter, Rafael Azcona, used it in one of their writing sessions at the Madrid Café Comercial, where they targeted and attended to the conversations between customers that overlapped while they were on the premises.

Gonzalo Suárez, Luis Buñuel Award from the Huesca International Film Festival, also joined the talk. He indicated his brother Carlos Suárez, who died in 2019, was the director of photography of that film and many other Berlanga’s works. He also added that, not only does he love Buñuel, he feels related to his cinema.  The vermouth ended thanking the participants and shouting with one voice “Viva Berlanga!”