“THE SHORT FILM MAY BE THE BEST FORMAT FOR EDUCATION” 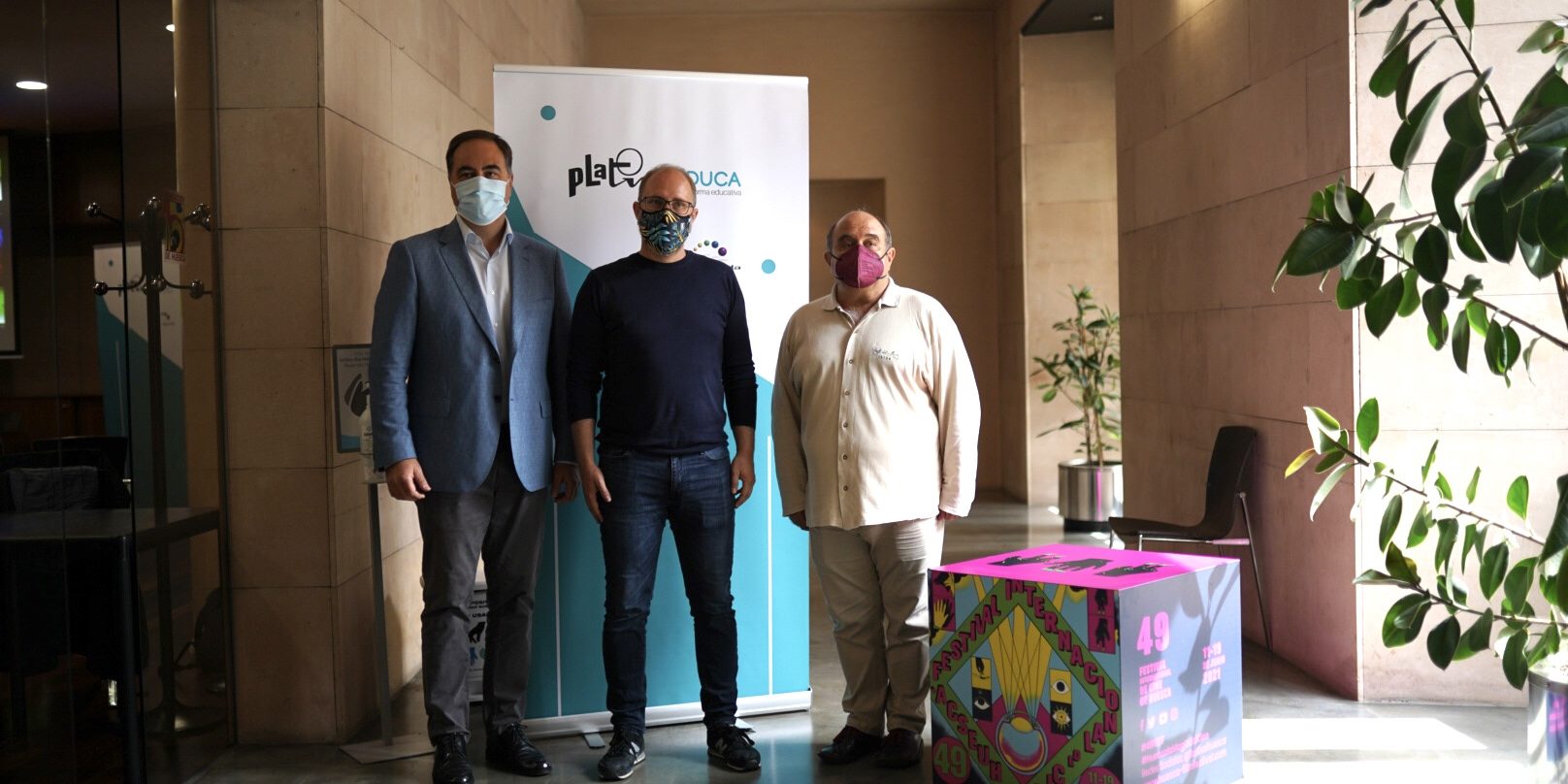 THE PLATFORM HIGHLIGHTS THE POTENTIAL OF CINEMA AS A PEDAGOGICAL TOOL

The 49th Huesca International Film Festival hosted the presentation of the video-on-demand educational platform PLATINO Educa. Octavio Dapena, the director of the project, explained how the tool worked, its applications in the field of teaching and its extensive catalogue, adapted to the subjects and student skills, which includes more than 250 audiovisual works classified by subjects, themes and ages, available in several languages.

“It is always a pleasure to visit Aragon, a place that has always welcomed EGEDA initiatives such as the José María Forqué Awards, a producer born in this land and founder and first president of this organization-. It is also the birthplace of filmmakers such as the great Carlos Saura and Luis Buñuel, whose works are included in PLATINO Educa for their high educational potential in the classroom ”, explained Dapena.

The tool is an initiative of EGEDA (Audiovisual Producers’ Rights Management Association) in collaboration with FIPCA (the Ibero-American Federation of Film and Media Production),. “Although Spanish films currently represent 80% of the catalogue, the original idea was that it should be a platform covering all Ibero-American cinema, and we want to continue incorporating titles from all countries. We believe that it is an important tool to promote our cinema, our culture and our language in countries like the United States”.

Although one of the main reasons for developing PLATINO Educa has been the wish to provide new generations with an audiovisual literacy background, teach them the great classics of Spanish cinema and show them how to analyze audiovisual images in the same way that they learn to analyze texts, Dapena explained that they also want to go one step further and “take advantage of the potential of cinema as a pedagogical tool”. “It is a wonderful way to study literature, biology, math, in addition to learning social values. One of our teaching units focuses on the 2030 agenda and selects films to work on the sustainable development goals ”.

Dapena also highlighted, within the framework of the Festival, the value of teaching through short films, “in the classroom, it is perhaps the best format for education, due to its duration and its ability to synthesize”. “In PLATINO Educa we have almost fifty short films, and many of them have didactic resources developed by our specialists, one of our differentiating elements to help teachers in the preparation of the subjects they teach,” said the director of the platform .

As a matter of fact, PLATINO Educa also offers didactic guides made by a team specialized into applying cinema to education, which accompany the works in its catalogue as a complement for students and teachers. These guides help to delve into the subject, the key competences and the subjects associated with each title, as well as information, analysis and work proposals on the film, allowing teachers to adapt the use of the platform to their pedagogical objectives.

In addition to these didactic materials, Educa offers other tools such as PISA Resources, which allows to use  cinema to work on each of the 4 competences that will be evaluated in the next tests of the 2022 PISA Report (Program for International Student Assessment): Reading, Mathematics, Sciences and Creative Thinking.

“Cinema is culture and also industry, and by using it to train people, it is also a way to promote the industry”, concluded Dapena.