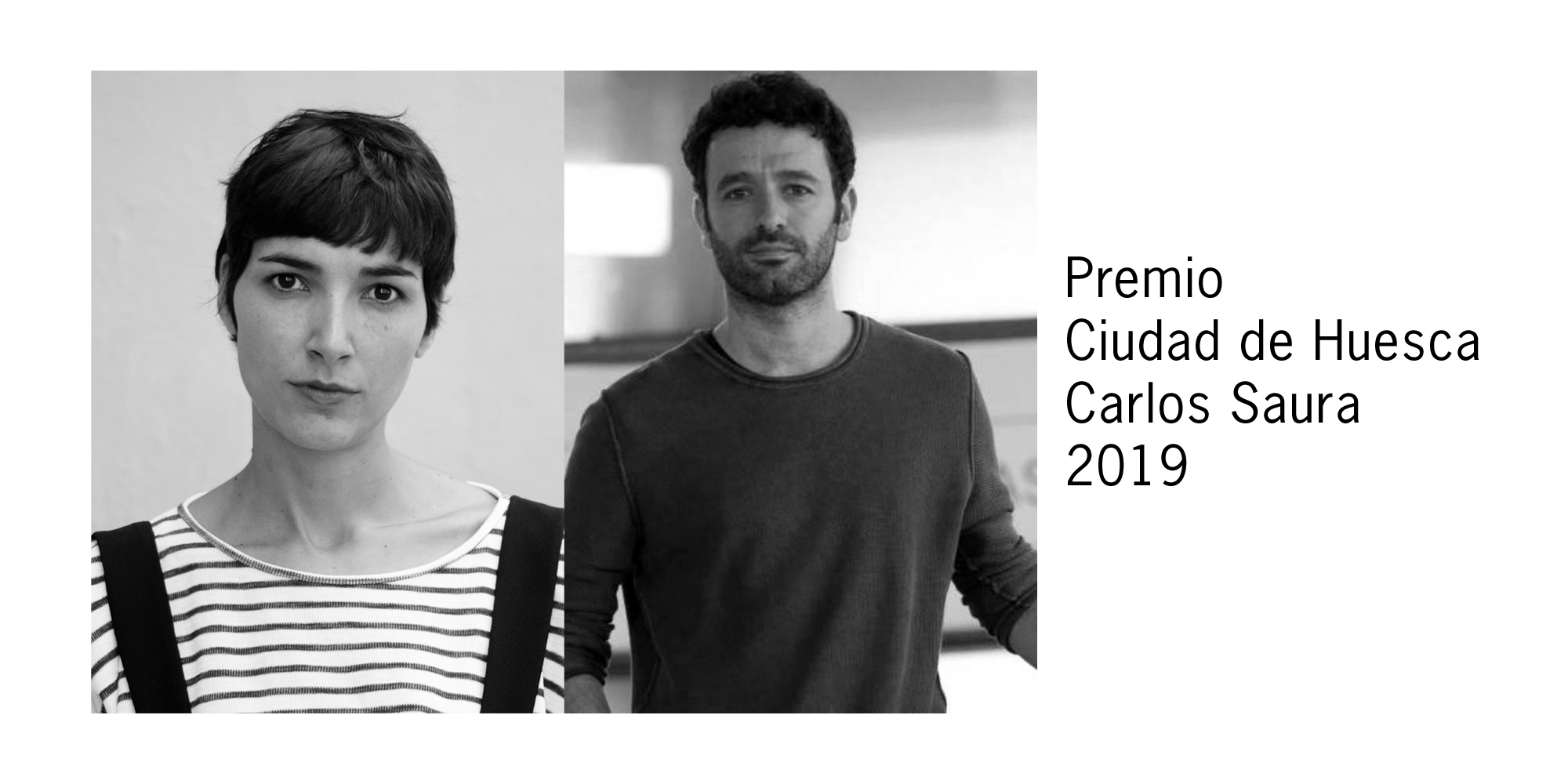 THE TWO FILMMAKERS WILL RECEIVE THE AWARD AT THE OPENING CEREMONY ON NEXT JUNE 7TH, WHICH WILL ALSO BE THE OPPORTUNITY TO HIGHTLIGHT THE FIGURE OF SCRIPTWRITERS WITHIN THE INDUSTRY

THEIR NEXT WORK IS THE FEATURE FILM MADRE, THE CONTINUATION OF THE GOYA SHORT FILM WINNER WITH THE SAME TITLE, ALSO NOMINATED TO THE OSCAR AWARDS 2019

The Huesca International Film Festival announces that the filmmakers Rodrigo Sorogoyen and Isabel Peña will be recognized with the renowned City of Huesca Prize Carlos Saura. On June 7, at the opening ceremony of the 47th edition of the festival, both will receive the award that highlights their career, as well as its projection. The recognition seeks at the same time to highlights the figure of the scriptwriter within the film industry. “They are two of the most talented and projected figures in current Spanish cinema, each of their works has been a step forward in their careers,” says Rubén Moreno, director of the event in Huesca. The spirit of this tribute is to pay homage to artists who serve as references for young professionals who are at the beginning of their careers and for them to be able to focus on close referents who may encourage and inspire them in their future careers.

The City of Huesca Award has been renamed after the Huesca director Carlos Saura in 2019. A decision announced last November and that has the approval of the filmmaker from Huesca who was the first to collect the original award in 1991. Since then, he has been given to prominent artists such as Fernando Trueba, Arturo Ripstein or Julio Medem. More recently and from the new prism that distinguishes the talent, as well as the projection; Adriana Ugarte, Silvia Abascal, Paula Ortiz, Leticia Dolera or Aura Garrido, were added to the exceptional list of awarded. Saura himself or a member of his family (in case he couldn’t) will deliver the prize during the gala.

TWO FILMMAKERS OF THE PRESENT AND THE FUTURE

Rodrigo Sorogoyen (Madrid, 1981) studied the specialty of script in the ECAM. Aged only 25, and the author of three short films, he debuted as a director with 8 citas with Peris Romano, a film with an exceptional cast consisting of Fernando Tejero, Verónica Echegui, Adriana Ozores, Raúl Arévalo, Arturo Valls, José Luis García Pérez, Belén Rueda, Ana Wagener and Javier Pereira among others. The film achieves the favour of critics and audiences, as well as the prize for best debut at the Peñíscola International Comedy Film Festival. His following works are television productions such as Impares, La Pecera de Eva or Frágiles. Together with three partners he creates in 2011 Caballo Films and manage to produce Stockholm; one of the revelation works of 2013 which first got three Biznagas at the Festival of Malaga and became the first film financed with crowdfunding which received a Goya Award (Best New Actor for Javier Pereira). In 2015 he directs Que dios nos perdone that obtained many recognitions, including the triplet achieved by its main actor, Roberto Alamo, which stands with the Forqué, the Feroz and the Goya. His most recent feature film, El Reino, becomes one of the films of the year in Spanish cinema which consecrates him as one of the leaders in the industry, winning seven Goya awards and four Feroz Awards.

On the other hand, Isabel Peña (Zaragoza, 1983) is licensed by the University of Navarra in Audiovisual Communication and by the ECAM in the specialty of Script, where she wrote the short film Martina y la luna. After several works in television series such as Impares, Frágiles or La Pecera de Eva, she made her first full-length screenplay with Rodrigo: Stockholm. This work was recognized by the Malaga Festival with the Silver Biznaga for the best novel script and the Feroz Award for the best dramatic film. In 2015, she goes back to the short film format with Mi padre, lanzador de pesas de la RDA (directed by Diego Postigo), to later write again with Sorogoyen two other feature films: Que Dios nos perdone (Silver Shell for best screenplay at the San Sebastian Festival) and El Reino (winner of the Goya for the best screenplay). She has recently collaborated in the second season of La Peste for Movistar + and she combines her writing career collaborating with ECAM, ESCAC and the Master of Screenwriting of the UNAV.

Both filmmakers are currently working on their own series project, as they just finished Madre, the feature film based on the short film winner of the Goya for Best Fiction Short Film and Oscar nominee in 2019. This work is scheduled to premiere before the end of the year although the Malaga Festival projected a teaser of what is already of the most expected films of the season.