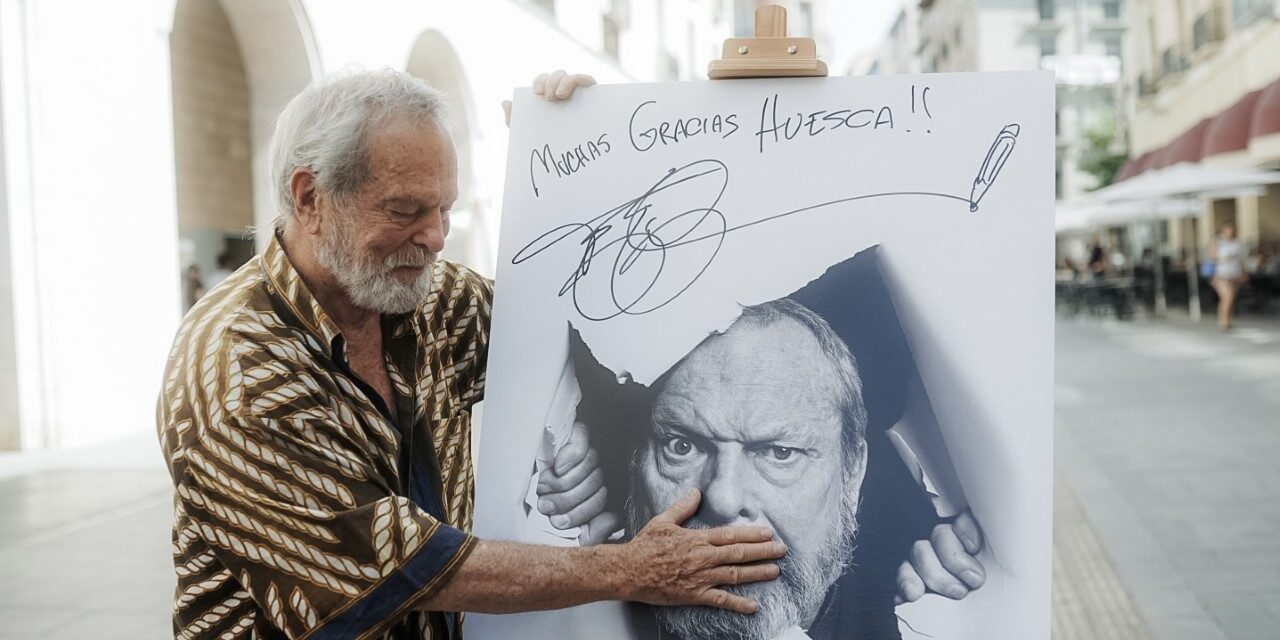 Iconic director Terry Gilliam is at the Huesca International Film Festival to receive the Luis Buñuel Award for his lifetime achievement. The filmmaker of titles such as Brazil, 12 monkeys and The Fisher King has revealed that his way of making films is similar to that of the Aragonese genius, whom he describes as “provocative” and with “a great sense of humor”. His presence in the capital of Huesca is based on two pillars, on the one hand “it is heroic that a festival survives 50 years” and also “I love Buñuel’s cinema, but even more the person”.

The filmmaker born in the United States but nationalized British in the 1960s, has to his credit recognitions at Cannes, Venice, Berlin, the Golden Globes or the Oscars, and yet he considers that “he would have been more successful if he did conventional films, but I like to play with the public, to provoke”. It is the vision of the cinema of this master of comedy and science fiction, who before the press has declared that the choice of filming locations depends more and more on local and regional government incentives and financing behind it. “I don’t have a job, I don’t have a future,” he said with a laugh.

With his own style and a unique cinematographic language, he pointed out that “the problem is not the movies”, but that “now people are easily offended”. Each of his works has a bit of Monty Python, an iconic group he was part of. “We were six very lucky guys” because “we did what we wanted,” he says. This is how he remembers that time when “I have never had such a good time”.

Terry Gilliam is a filmmaker in the broadest sense of the word: director, screenwriter, actor, producer and animator. Having turned 80 is not an obstacle to spreading energy wherever he goes. He began in film directing with short films and after his intense filmography he recognizes that “films remain valid over may years”.

After touring some of the movie sets that the Alto Aragonese province treasures, Gilliam has not hesitated to recognize the beauty of a territory “that I have always imagined full of legends”. Making use of the sense of humor that characterizes him, he suspects “that they have taken me around the province to give me ideas and shoot a film here” and has assured that if “Ridley Scott has used the castle of Loarre, I will not do it there”.

Gilliam knows the territory since he shot part of The Adventures of the Baron Munchausen in Aragon and some scenes from his latest film The Man Who Killed Don Quixote. Of those places he has referred to Belchite as “a symbol of how ridiculous war is”, while he said that at every step during the shooting he came across elements that reminded one of the war.

He is a filmmaker who does not leave anyone indifferent, with a marked character that he himself has compared to the figure of Don Quixote, “with his failures, someone who falls and gets up again”. He is fascinated by the story because he “reimagines the world in a noble and romantic way”.

THE SCREENING OF ONE OF THE BEST COMEDIES OF ALL TIME, MONTHY PYTHON AND THE HOLY GRAIL, WILL CLOSE THE 50TH EDITION

He has arrived in Huesca with the lesson well learned, knowing many details of the territory and the names of the winners who had received this Award. The director of the contest, Rubén Moreno, has explained that the 50th edition is bringing to light very emotional links like that of Diego Luna himself (City of Huesca Carlos Saura Award 2022) who got his inspiration from Gilliam’s film Tideland to make his debut. A feature film that the member of Monty Python considers as one of his favorite because almost no one has seen it”.