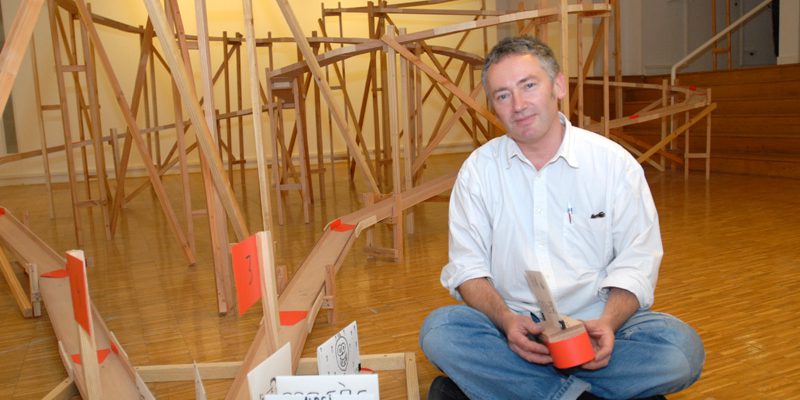 2017 edition will count on the contribution of one of the most renowned and acclaimed figures of international design and illustration, the Frenchman Paul Cox. Thus, Huesca International Film Festival keeps up the tradition of alternating outstanding national artists with acclaimed names beyond our borders. This way Paul takes over the prestigious Lo Siento Studio, run by Borja Martínez, author of last year’s poster.

Paul Cox was born in Paris in 1959 and is an AGI (Alliance Graphique Internationale) member since 2003, a club that gathers the world elite of design and graphic arts, consisting of less than 500 members, only names so outstanding as Isidro Ferrer or Javier Mariscal have joined it. Self-taught artist, Cox has produced many children book, posters, logos, but his link to the stage goes beyond since he has developed several projects of scenery or costume design for L’Histoire du soldat, at Nancy’s Opera House, or The Nutcracker, at Geneve’s Opera House. His style derives from all printing techniques but more in an experimental than in a reproductive way. Having an innate talent, great names as Japanese fashion designer Issey Miyake, have used some of his works in their collections and the Pompidou Centre exhibited his installation Jeu de Construction in 2005. Besides, the author himself has started to publish regularly his work in a book; the first volume, entitled Coxcodex I, was published in 2004.

Huesca festival considers its poster a fundamental element of every edition and hence, the selection of the artist which is to produce it is brought about with maximum care. As a result of this careful process of selection, in which once again Isidro Ferrer collaborates as an adviser, the festival has obtained several international recognitions.