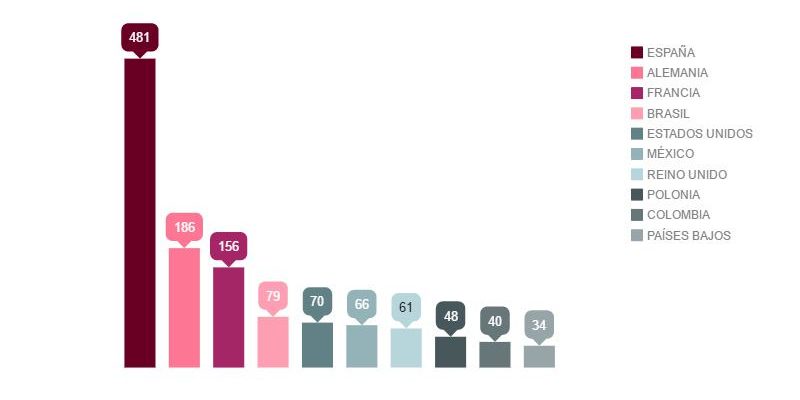 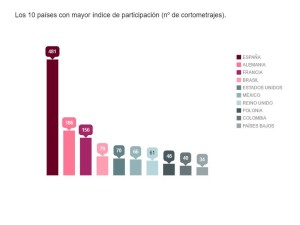 A total of 1724 short films have been submitted to take part in the 44th edition of Huesca International Film Festival. This figure means a backing to the organization after the establishment of a €1 token fee, ‘it was taking a risk, but it was necessary at a management level, we also asked creators to assess their work and the festival’ says Azucena Garanto, director of the festival. Out of the total figure of those aiming to become part of the final selection, a total of 849 have applied to the International Contest, 636 to the Iberoamerican Contest and 239 to the Documentary; once more first works play a central role among the entries. A total of 308 works are the first direction of their filmmakers. On the other hand, it is remarkable the diversity of countries with a total of 76 coming out of the five continents.

Spain is the country with a bigger representation with 482 short films, but it is obvious the historical significance of the festival in Europe and America, with Germany approaching 200 short films submitted and France exceeding 150, while the United States, Brazil and Mexico are ranked just behind in terms of total numbers, all of them with over fifty. Huesca International Film Festival receives works from all kinds of cinematographies, from countries whose industry weighs heavily such as China or India, to less known ones for the general public as Kenya’s or Indionesia’s. Special mention should be given to short films coming from conflict areas like Syria and Lebanon. This year, Swaziland, a little kingdom in the south of Africa, brings a splash of colour. ‘We are once more amazed at the appeal of the festival, we receive works from the most remote places on earth, where the festival works as an ambassador from our land’ says Garanto.

The process is now entering into its crucial stage where the shortlisting jury will have to complete the viewing of the short films, which altogether comprise around 26,000 minutes of audiovisual work, this figure highlights the difficulty of a selection that will conform the three contests which will be seen from the 17th to the 25th June in the 44th edition of the festival. A rendezvous that has not lost its essence, the short film, and that is again committed to it, a fact that has enabled the festival to become a prestigious reference for new talents. Additionally, the festival is supported by the Hollywood Academy and the Spanish Cinema Academy as a festival shortlister to the Oscar and the Goya Awards, respectively, in the category of ‘Best Fiction Short Film’.  ‘It is quite clear to us which one is the leitmotiv of the festival and we work for it. The Hollywood and the Spanish Academy back us up and we are a reference for the short film makers and, what is more important, the public supports us at the theatres’ concludes Garanto.