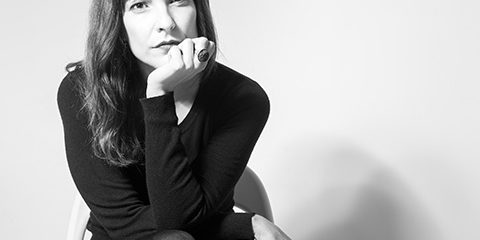 Filmmaker Paula Ortiz will be awarded the Ciudad de Huesca Prize in the 44th edition of the festival as confirmed by Huesca International Film Festival. The director and scriptwriter, native to Zaragoza, will be honored with a prize that seeks to highlight a remarkable professional career as long as a promising trajectory. Her attachment to the world of short film was very important for the organization. ‘Paula began in the world of short film where she accumulated big projects and with her two features she has earned the respect and admiration of the whole profession, this is just the beginning, and the organization wants to support this fact’, explained Azucena Garanto, director of the festival.

Two years ago, the festival itself had the privilege to be the framework where her most recent work, The Bride, was presented; the film has constantly garnered recognitions and awards since its premiere at San Sebastian Festival. She started 2016 with the Feroz Award to Best Direction, which –together with the other 5 awards obtained by her film- made it the season’s major winner for the specialized critics. A total of four CEC medals, two Goya awards and now six nominations to the Simon Awards, the highest recognition of the Aragonese film industry, are just some of the recognitions this production has been gathering, and which have made her a reference to be followed in the cinematography of our country. On the occasion of this homage, the festival is planning a special programme that will include a large part of her filmography.

From the 17th to the 25th June some of her short films will be screened at the theatres. Concerning her last work, the much-praised adaptation of Lorca’s play Blood Wedding, Huesca’s festival has scheduled a special screening in cooperation with the IAM (Aragonese Institute for Women). The Bride will be screened on 10th June at one of the settings where the shooting took place, Loreto Chapel. This emblematic location of the capital city will revive the magic of this film at a free outdoor screening.