“Love Buñuel, I love this award” 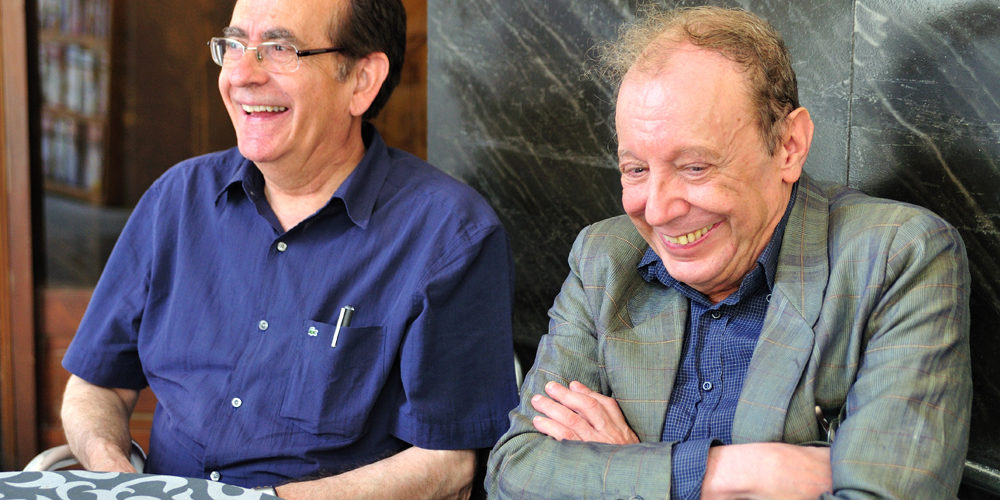 Spanish director Adolpho Arrietta yesterday received Saturday, June 15, Luis Buñuel prize during the closing ceremony of the 41st International Film Festival at the Teatro Olimpia Huesca. The award recognized the trajectory director Tam Tam, Flammes or permanent Vacanza, among his many other titles.

“Love Luis Buñuel , I love the award,” the broadcast media Arrietta their meeting in the Provincial Council of Huesca. The filmmaker said that at first thought he had been awarded the prize for his documentary Dry Martini (Buñueloni cocktail) because it “is an adaptation of a story of Buñuel”. Emigrated and lived in France for years, surreal filmmaker: In the figure Arrietta some conditions that marked the life of Buñuel occur .

Adolpho Arrieta pointed out in a press conference that his film Merlin linked to Huesca in 1991. “The City of Huesca co-produced the film”, said the filmmaker, who chose as scenarios spaces as the Monastery of San Juan de la Peña or Loarre Castle. Arrietta recalled the harsh winter shoot. “We were filming at 15 ° below zero in the Monastery of San Juan de la Peña”. From that time on earth now pays tribute also remember the strange feeling that the whole team had at Castle Loarre “blow the doors were closed and noises were heard. It was kind of Poltergeist”, he added laughing . “It’s a movie”, he said, “I’d love to put here”.

The filmmaker was joined at the press conference by Manuel Asin, editorial director of the Intermediate Film producer and editor. “Arrietta is unjustly little known in Spain”, said Asin during the introduction that made ​​the filmmaker, in which he recalled that Intermediate, in collaboration with the Festival Internacional de Cine de Huesca, soon he will release the film integral Arrietta. “Adolpho is known and recognized in France”, which is considered one of the great surrealist film and follower of the “nouvelle vague”.

Near the end of the meeting with journalists , Arrieta said today prefer to be on a couch at home watching a good movie that you like, go to the cinema. He admitted that he used to always see the same classic films such as Singin in the Rain, 2which will have seen fifty times”. He spoke of American cinema of the 50s and 60s, the British cinema of the 40s, and reviewed his favorite directors on the French scene, none of them present, with one exception.

Arrietta confessed to be working on a personal version of La Celestina , “that you have removed Catholicism and the Inquisition” and which has most likely already found a producer, “although I prefer not to say anything until it is confirmed”. In his next work , confessed Arrietta have a special attachment to the story of Sleeping Beauty. “I’d love to shoot in 3D Sleeping Beauty. I have in my head, especially that scene when the prince arrives at the castle to find everyone asleep. I imagine walking perfectly with Prince that space with time stopped”.

Arrietta confessed to being happy in Huesca. “My stay here has been very nice and I loved the Festival, but I thought it somewhat short. I would have liked it to last more my stay here”, he concluded.

The Franco- Spanish director (so determined, after their long stay in the neighboring country) then signed pictures to be on file with the festival, chosen by himself and the inherent characteristics of his art: Special and groundbreaking . The photo, very dark and in which only a few glasses and a face drawn, thicken the walls of the headquarters Film Festival along with dozens of other film personalities who have been through Huesca. Even in the signature photo filmmaker left his trademark. He drew a dotted line running through the image and signed his name causing standing ovation from all present.[/two_third]
[one_third_last] 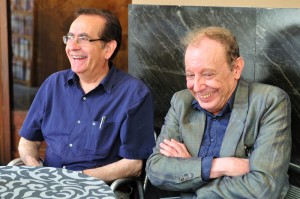