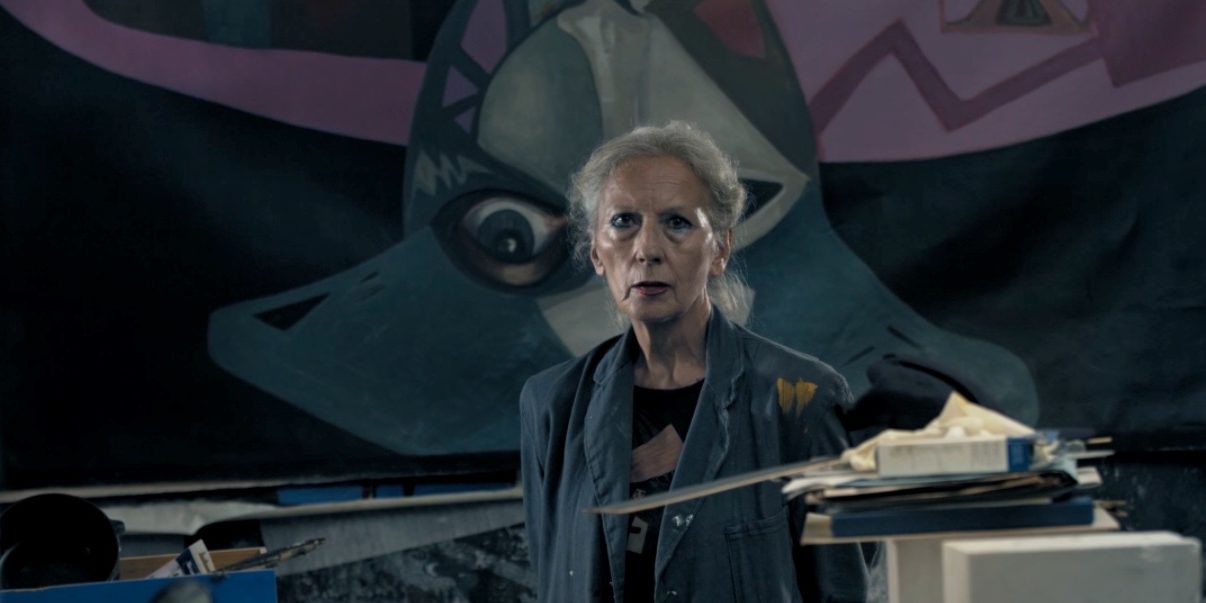 The documentary film Carrasca, on the life and work of the versatile artist Teresa Ramón, will be premiered at the 46th edition of Huesca International Film Festival. Directed by Aragonese filmmaker Alejandro Cortés, the work is a living will and a ‘road movie’ about being a woman, artist, grandmother, mother and wife, and about getting through in a men’s world. A path to the heart of the High Aragonese artist’s creative process, to her renunciations and challenges, on her way back from her experience with death.

On Monday June 11th, the Olimpia Theatre will dress up for the presentation of this feature film; its director and protagonist have already confirmed their attendance. ‘Teresa is a referent for the Aragonese culture and this work speaks from Huesca to the world, something that matches perfectly with the spirit of the festival’ affirmed Rubén Moreno, director of the Upper Aragonese festival.

Born in Lupiñén (Huesca) in 1945, Teresa Ramón is distinguished by her innovative and non-conformist character that has led her to experiment on all kinds of painting techniques, researching and discovering original and personal techniques as lacquers on plates. Thanks to her pictorial discoveries she was granted a scholarship from Huesca Provincial Government and she was invited by the Italian Institute of Culture to the Experimental Arts Centre at Macerata (Ancona), staying at the School of Fine Arts ‘Pietro Vannuci’ at the University of Perugia (Italy). There has been a constant evolution of her art until reaching a surrealistic hint that flows to a realism of magic connotations, leading afterwards to a very different figurative concept which, nonetheless, keeps a scent of what has been done in the 60s and 80s.

On the other hand, filmmaker Alejandro Cortés (Zaragoza, 1983), directs his second full length film after Refugios, his first work, written, directed and produced by him. Prizes, international selections and screenings at the USA, Germany, Argentina, India, Sweden and different Spanish cities, attest the strength of this Zaragoza-born scriptwriter, author of three feature fiction films and twelve short films, with numerous awards and selections in Europe and Latin America. His work behind the camera is combined with his teaching vocation in Master’s Degree and Film careers in Barcelona and Buenos Aires.

The announcement of the premiere of Carrasca, documentary film on Huesca painter, coincides with the opening of the exhibition Le Jeu de Vivre. A showing that presents Teresa Ramón’s ‘line of life’ through a sequence of canvases installed in the Court of Huesca Museum. A work conceived as a hymn to life, facing a great painting that expands on itself in a constant game with the surrounding elements.

The opening ceremony will be held this Friday 20th at 18:30 and will bring together different personalities of the city and people close to the distinguished Upper Aragonese artist. The exhibition will be extended until next September 2nd, generating a perfect symbiosis with the premiere of the feature film by Alejandro Cortés within the framework of Huesca International Film Festival.