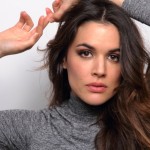 Carlos Saura and Adriana Ugarte are the two tributes held at the 42nd edition of the Huesca International Film Festival. Aragonese producer will receive the Luis Buñuel Award in recognition of his dedicated career in the seventh art, and the actress from Madrid will receive the Huesca City Award for being one of the producers with the highest amount of screenings in the film industry in our country. The festival has also presented the participating short films in three contests: international, Ibero-American and documentary, a total of 78 films from 26 different countries competing for the Danzante Award in each category.