78 short films will compete in the three contests 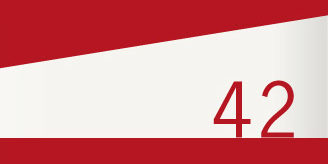 The festival has also revealed the selected short film list to participate in the festival 42nd edition, coming to a total of 78 films from 26 different countries competing for the Danzante Award in each category. Some of the participating directors return to the short film industry for their “higher level of creative freedom”, said Azucena Garanto, artistic co-director.

The International and Ibero-American contests, at 10 years of being recognized as pre-qualification contests for the Oscar® Awards (only 4 short film festivals in Spain have it), will have 30 short films each. The Brazilian film industry is coming in strong with 8 competing titles in the Ibero-American contest, as well as 13 Spanish. The contest winner will automatically be prone to the international contest award which already has a large number of European participants, with other films from countries like The United States or Australia. France is the country with the highest number of short films, but there are also 5 short Swiss films. There is a total of 18 titles in the documentary contest (this category has a 40 minute maximum), and there are titles from different countries like Syria, India or Argentina.

Check the listing by sections: