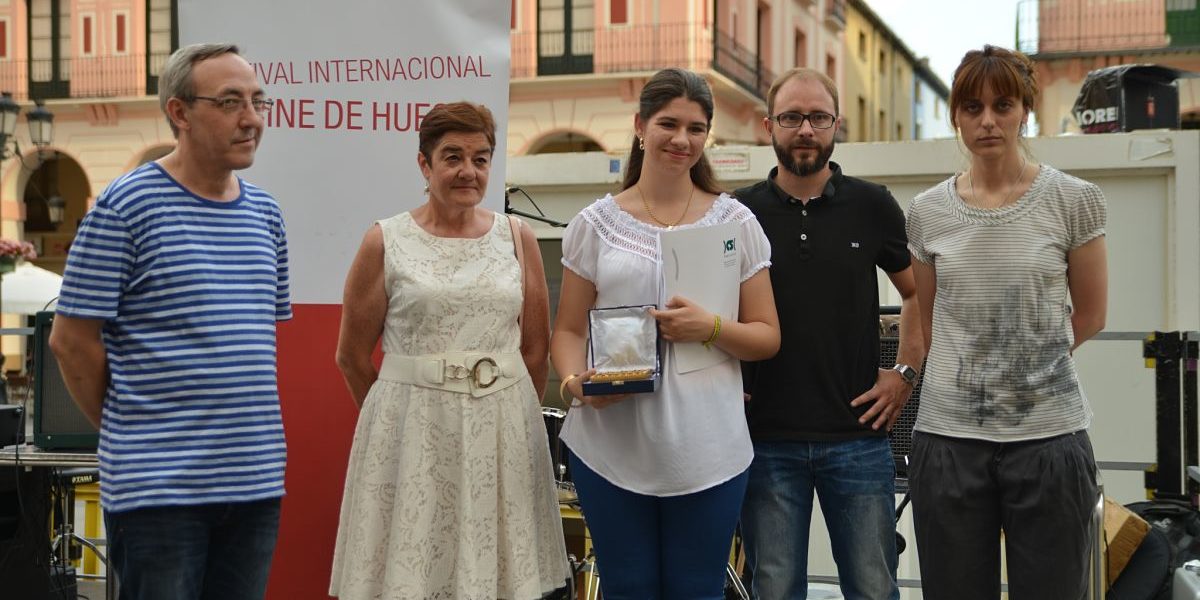 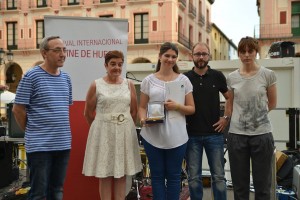 Two Euros Eighty is the awarded work by the XII Cinema Short Story Contest called by Huesca International Film Festival, thanks to the sponsorship of Anselmo Pié Sopena Foundation and the cooperation of Aveletra Writers Association and Huesca Bookstore Province Association. Its author, the High Aragonese María Elisa Becana, attended the ceremony to receive the prize, endowed with €800 cash prize, ‘I hope this prize would mean the beginning of a long literary career’ declared the excited writer.

The jury appointed by Aveletra, consisting of Elisabeth Hernández, Aurora Abad and Pilar Lachen, unanimously proclaimed Two Euros Eighty worthy of this distinction because of ‘its simplicity and freshness’. The ceremony, whose backdrop is formed by XXXII Huesca Book Fair, was rounded by the reading of the winner work and it was the author herself who lent her voice to it. At the age of 15, María Elisa Becana has achieved numerous recognitions in other short tale contests as Cáritas Diocesana of Huesca Contest in 2012 or the first ‘San Jorge’ Short Tale Contest of the Town of Lanaja in 2014. In addition, she has contributed to the literary page of the local newspaper Despertad since 2013.

The contest confirms its international success with an edition that has received a total of 312 works coming from countries as disparate as Mexico, Sweden, Argentina, Turkey or Australia. A total of 16 nationalities have entered works focusing on cinema, from any perspective; unpublished, original works extending to a page maximum.