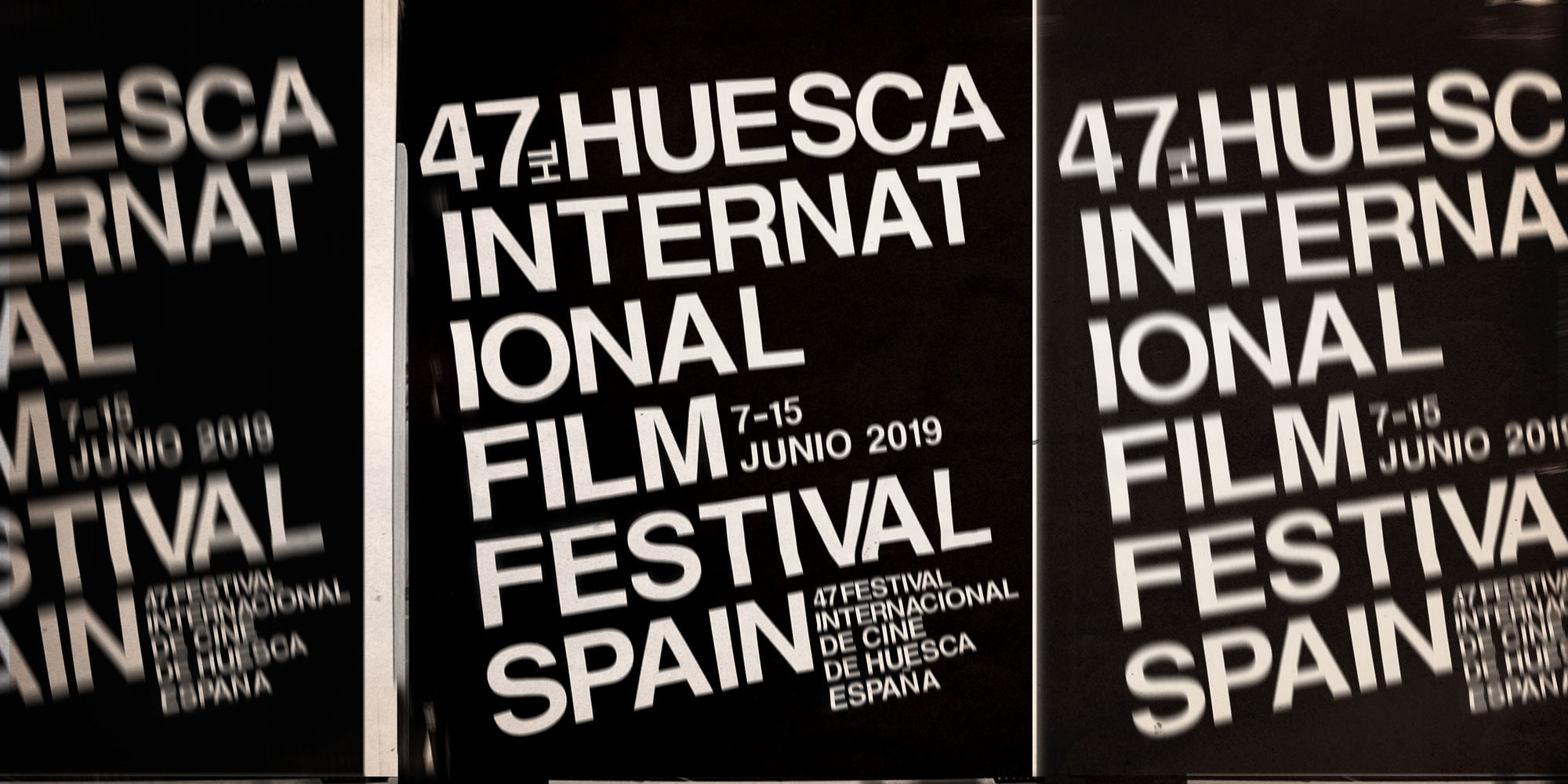 The poster of the 47th edition

The International Film Festival of Huesca has also unveil the poster of its 47th edition; a work realized by the graphic designer and creative director Ana Criado, whose artistic name is Ana Cezeta. The concept behind it is “to capture the essence of the cinema: Image in movement”, according to its creator. “The poster aims to capture a moment of a continuous movement, freeze it, and also, by expanding the picture, shows the ins and outs of the base of the cinema: the film,” she adds.

This Spanish woman living in the United States has worked in recent years for many of the most prestigious studios developing title sequences for film and television. It is worth highlighting a key element of the poster she designed for this edition of the festival: “With the use of typography almost as the only graphic element I wanted to make a nod to my profession as a cre

ator of title sequences ” she concludes.

Ana Criado has worked and lived in Los Angeles (California) for 7 years. She designed a large list of title sequences amongst which he most famous would be her participation Star Trek: Discovery, American Horror Story, Godzilla, The Purge, Only the brave, The Secret Life of Walter Mitty, Pixels or Sully. In addition to the seventh art, she has also worked for Apple, Nike, T-Mobile, Tequila Casamigos, and developed Motion Graphic design for 89th Film Academy Awards (Oscars) and 16th edition VES Awards, Fox. Among her clients are some of the most prestigious companies such as Fox, Amazon, Paramount Pictures, Sony, CBS, AMC or Universal Pictures, to name a few.

Finally, it is worth mentioning outstanding collaborations in “motion graphic” studios such as The Mill, Imaginary Forces, Digital Kitchen, Los York, Prodigal Pictures, Elastic and Prologue, with which she is collaborating on a continuous basis.

The poster is a key element for the International Film Festival of Huesca, which is why a special care is taken when selection its author. For one more year, the organization wants to express its gratitude to the advice of the Isidro Ferrer National Design Award (2002) and Illustration (2008), which makes possible the high level of proposals and therefore, the international public prestige the Huesca festival procured from it.