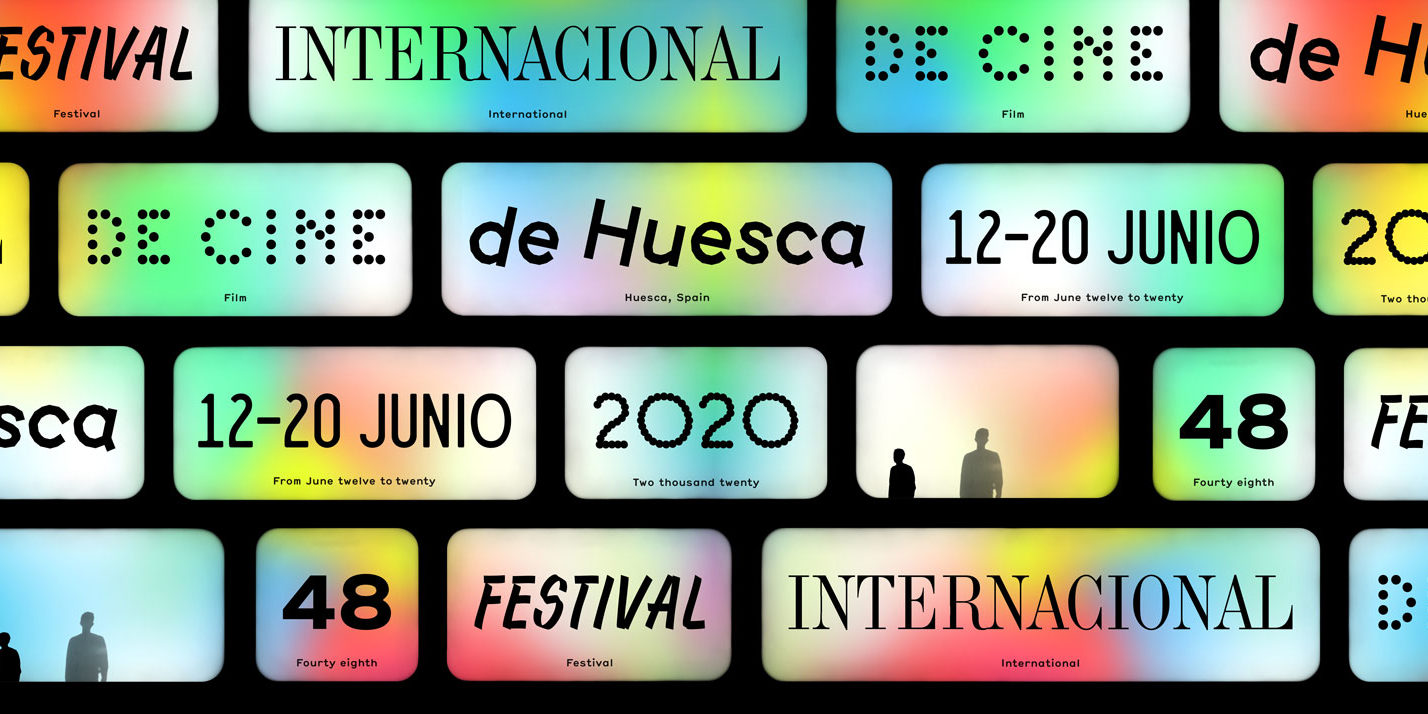 The 48th International Film Festival of Huesca has unveiled its official visual identity, a poster designed by the French studio Helmo and inspired on the “profusion of movie screens”. The poster plays with multiple screens representing “the intensity of films screenings during the festival”, as explained by its creators. The different sizes of each of these screens, as well as the variety of typefaces used, are intended to reflect the diversity of the short film world, the essence of the Aragonese event. The name and the dates of the festival in English are shown as subtitles, highlighting the international dimension of the festival. Finally, it is worth pointing two other elements: the colors and shape of man and his shadow which are intended to take us to the lights and the dark atmosphere of a film projection.

Helmo design studio is formed by Thomas Couderc and Clément Vauchez. A French duo who has an extensive experience for cultural institutions and festivals, its work has been shown in various exhibitions in Italy, Switzerland, South Korea, France, Brazil and Germany, among other countries, and won several awards such as the prestigious first prize of the Warsaw International Poster Biennale in 2018 and the ADI Achievement Award in 2010 (Hangzhou – China).

Based in Montreuil sous Bois (Paris, France), Helmo began its journey in 2007, although the two creators had already been working together for a decade. The agency is known for its belief in the power of graphic design and its ability to enrich contemporary visual culture. The professional experience of its team of two spans a wide field that cover visual identity, editorial design, and set design; they often collaborate with photographers or illustrators in their quest to cross the boundaries between graphic and illustration. The identity of the work of these authors is their ability to draw strong and coherent universes preserving a space for permanent variations or escapes.

Nowadays, their works can be seen in outstanding museum such as the National Museum of Modern Art (Pompidou Center), the Zurich Design Museum or the Hamburg Arts and Crafts Museum, among many others.

The selection process of the poster of each of the editions of the International Film Festival of Huesca is carried out with extreme care, and always seeking an alternance between national and international artists. One more year, the organization is grateful for the advice of the new patron of the Foundation, Isidro Ferrer, whose outstanding career includes important recognitions such as the National Design Award (2002) and the National Illustration Award (2008). His work has made possible to receive high quality proposals which contribute to the international prestige of the festival.