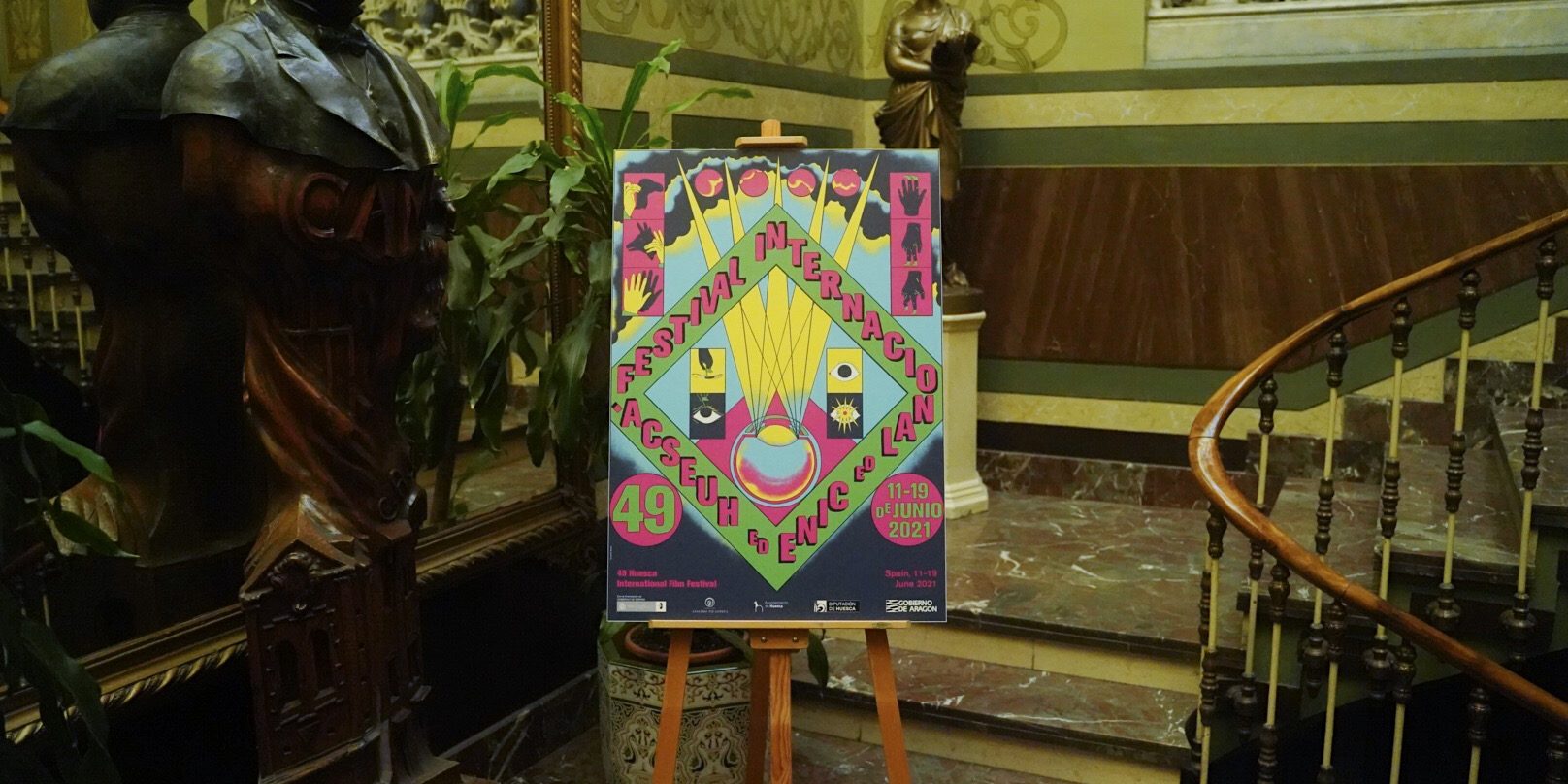 THE DIRECTORS OF LA CASA DEL CARACOL, LAS CLASES, DOGTANIAN AND THE THREE MUSKEHOUNDS, ARMUGÁN AND VILAS AND ITS DOUBLES WILL COME TO HUESCA FOR THE PREMIERES OF THEIR RESPECTIVE FEATURE FILMS

The 49th Huesca International Film Festival opens its doors on Friday, June 11. This edition represents the return to Huesca of important guests from the industry, well-known faces of the seventh art that will come back to the streets of the city and the stage of the Olimpia Theater. The awarded, the members of the jury and teams of the premiere feature films have already confirmed their presence and will once again step on the red carpet of the film event. In addition to the 75 short films in competition, which are the backbone of the program, visitors and viewers will be able to enjoy many premieres with the artistic teams of the films; outstanding events such as the world premiere of the documentaries Vilas and its Doubles by Germán Roda, and Las Classes, by Orencio Boix. The animated feature film Dogtanian and the Three Muskehounds, directed by Toni García and the Aragonese premiere of the internationally awarded Armugán, by Jo Sol, will also be screened for the first time in Spain. The directors of all of them will be in Huesca to present their respective work together with other important professionals who have taken part in the creative process such as Claudio Biern Boyd (creator of the famous animation series of the 80s, based on the novel by Alejandro Dumas) and the writer Manuel Vilas, the protagonist of Roda’s work.

The opening gala will tribute CIMA, the Association of women filmmakers and audiovisual media, with the Pepe Escriche Award.  The director and producer Patricia Roda, second vice president of the Association, and the screenwriter Virginia Yagüe, member of the board and former president of CIMA have confirmed their presence. The gala will also include the simultaneous premiere in theaters of Macarena Astorga’s debut film, La casa del Caracol. Its director will attend the event to present this psychological thriller starring Paz Vega and Javier Rey.

The Alto Aragonese contest will feature two other tributes in this edition: The Luis Buñuel Award will go to Gonzalo Suárez and the City of Huesca Carlos Saura Award will go to Michel Franco. Gonzalo Suarez will be accompanied by Pablo Auladell, 2016 national comic award winner and collaborator in Suárez’s last two projects, the medium-length film Malinche’s Dream and the short film Alas de Tiniebla (both will be screened at the Olimpia Theater); In addition, the actresses Charo López and Ana Álvarez will also be present, giving voice to the latest work by the Asturian filmmaker, world premiere in the capital of Alto Aragón. The Ciudad de Huesca Carlos Saura award, will be personally handed by the Aragonese director, the Award is named after

The tribute ceremonies (June 11, 16 and 18) will be presented by two Aragonese talents: Itziar Miranda and Nacho Rubio. The popular actress from Amar es para Siempre is currently enjoying the great success of La Colección de Miranda, a series of children’s books about women who have made history. Rubio, a short filmmaker as well as an actor, has just begun filming Camera Café, the debut film of fellow actor Ernesto Sevilla, based on the famous series of the same name and with the same characters as the original.

In addition to the aforementioned awarded, Huesca will once again receive the members of the different juries among which actors such as Alberto Amarilla and Mar Abascal stand out, along with directors such as Paula Palacios, Nüll García and Claudia Pinto and other personalities such as the producer Nathalie Martínez, the playwright Mariana Gándara and professionals from the world of culture such as Juan J. Gómez and Luis Lles.

Another of the events that will be back are the “Vermús con …”, which turn the Plaza López Allué into a meeting point where spectators and guests will share anecdotes, experiences, and reflections. They will focus mainly on the premiere of each respective day, but other important names in Spanish cinema such as the writer Luis Alegre will also take part.

The festival will last until June 19 with 75 short films in competition from 25 countries in Europe, America, Asia, and Africa; almost 40% of the total are led by women. 29 short films in the international competition, 30 in the Latin American category and 16 documentaries will compete for the Danzante Prize that is awarded in each of the competitions. The projections of this 2021 will be face-to-face again at the Olimpia Theater, but the online channel (active since 2015) is maintained through the official website of the event.

From June 10, Huesca also opens three of the exhibitions that can be seen in different parts of the city and that are related to the event. Two of them will be held in the Manuel Benito Moliner Cultural Center: The filmmakers, Europe Portrayed and Cinematic.

The first, curated by Óscar Fernández Orengo and organized by Acción Cultural Española, consists of 50 portraits of film directors in the setting of their choice. Many of those have been honored at the festival in Huesca. The second exhibition is based on photographs manipulated by Raúl Suun through the aesthetics of the world of comic in a cinema atmosphere.

From June 10, La Carbonería will also host Cosmic Exile by Lorena Amorós, a series of drawings that recreate the incidence of science fiction and B movies in contemporary culture and current experiences.

The fourth one will open on June 8 at the CAI Exhibition Hall.  Huesca, movie sets,  a work by Iván Rodríguez based on matte painting (a technique that consists of painting a very realistic set on a glass support that is placed in front of the camera), will allow attendees to enjoy iconic scenes of the seventh art framed in well-known places of the city of Huesca.

Finally, today the winners of the shop window competition, which is organized, as every year, by the Huesca Business Entrepreneurs Association and Diario del Altoaragón, together with the International Film Festival, have been announced. The first prize went to the Ultramarinos La Confianza establishment. The Zarandajas toy store has won the second prize, while the third has been obtained by the store T&M Encanto de Barrio. PrevenSystem has won the accesit. The jury valued the creativity of the merchants, their way of integrating this year’s theme, focused on animated films, and the originality of the final result.