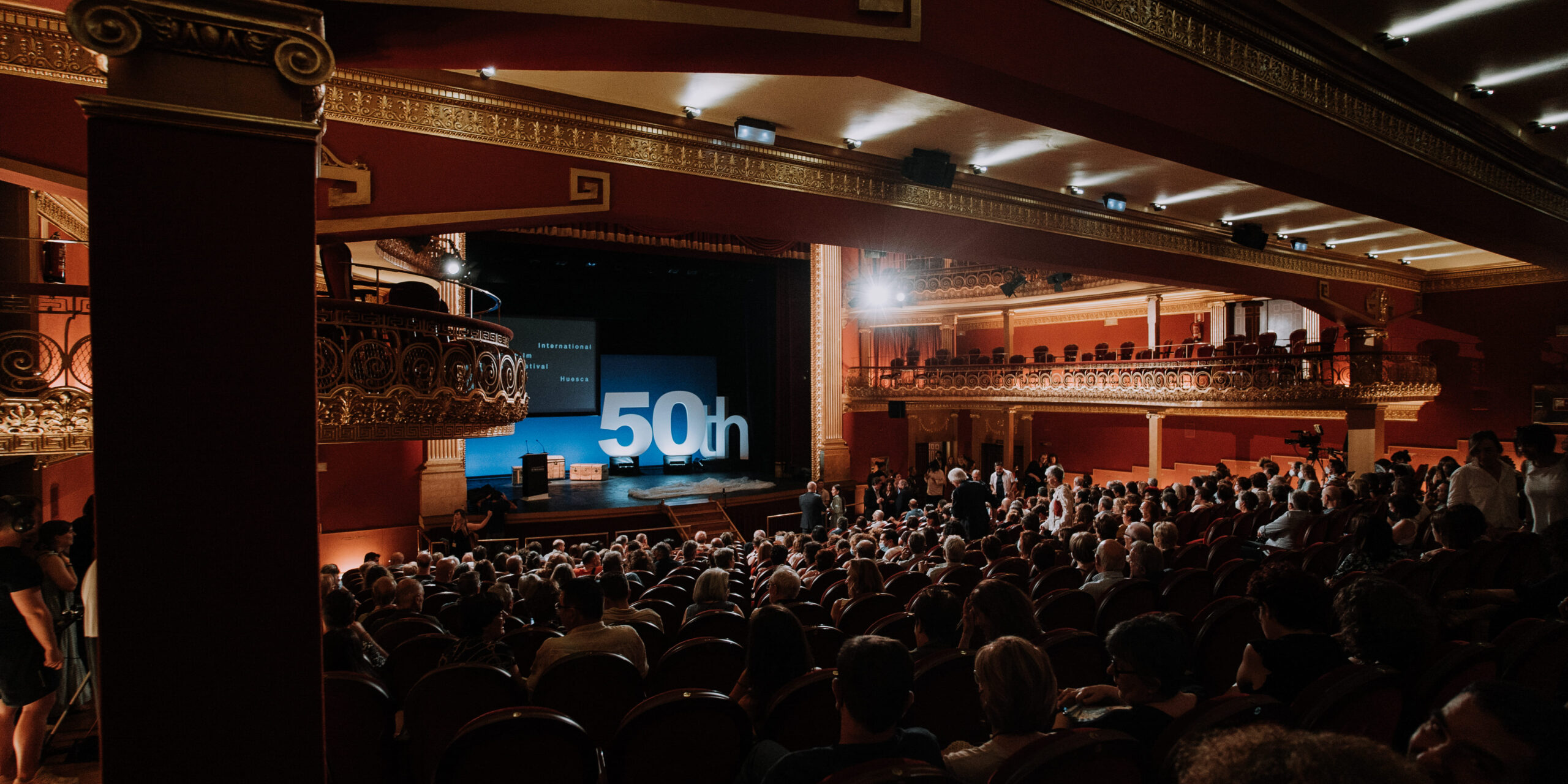 MORE THAN 8,000 SPECTATORS FILLED UP THE THEATRES AND OVER 20,000 PEOPLE FOLLOWED THE FESTIVAL ONLINE, WITH A HIGH IMPACT IN EUROPE, AMERICA AND ASIA

The Huesca International Film Festival celebrated its 50th anniversary with 50 events, 100 screenings and more than a hundred guests. A program marked by the 73 short films in competition from 25 countries, several feature film premieres and important international names such as the tribute awards for Diego Luna, Terry Gilliam and the Cervantes Institute; as a result, the festival has generated impacts in more than 80 countries around the world, which represents a significant direct and indirect economic impact for both the city and Aragon.

More than 8,000 people attended the various events scheduled throughout this edition. A figure that represents a notable increase compared to last year and that acknowledges the interest and social support of the event at a time when the effects of the pandemic and the wide demand for audiovisual proposals on streaming platforms are generating a difficult situation for movie theaters. Especially noteworthy is the full house (without any restrictions) at the opening gala on June 10, as well as the number of people attending the short film competition sessions, which registered “pre-Covid” attendance with screenings well over a hundred people.

As far as the online platform is concerned, it registered more than 20,000 viewers, mainly from Spain but also from Mexico with about 400 streamings, while Argentina, Brazil and the United States exceed fifty. The digital proposal has reached countries such as India, Australia, Kazakhstan and Guatemala. 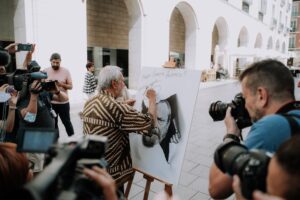 The media impact acknowledges the importance of the festival on both sides of the Atlantic. The Huesca cinema event is once again a cultural reference for some of the main newspapers both in Spain and in Latin America, with close to a thousand articles published. The Mexican actor and director Diego Luna (City of Huesca Carlos Saura Award) and the Oscar-nominated filmmaker Terry Gilliam (Luis Buñuel Award) have generated a strong impact in headlines, televisions, radios and portals websites from countries such as Mexico, Argentina, Colombia, Ecuador, Paraguay or Chile.

The growth in social networks is also notable, the festival has exceeded 11,400 users in all official profiles, thus increasing its social reach in 2022 by more than 1,300 followers.

THE FESTIVAL AS A BACKBONE

This 2022 edition, held from June 10 to 18, has managed to further consolidate its backbone profile at a social and institutional level. During the 9 days of the celebration, activities with a marked social bias have been carried out, such as “Seniors at the Festival”, which has significantly increased the number of residences where special session of short films were screened. Likewise, the festival has consolidated its proposals dedicated to the educational sector with two workshops (Cinema Base Program and “Children at the Festival”) aimed at secondary school teachers and primary school students.

Also, through the support of the Aragonese Institute for Women, it developed a program focused on women in a transversal way, with names like Emma Cohen, Nely Reguera (director of La Voluntaria, the opening film), Helena de Llanos and María Guerra who have highlighted the importance of asserting the talent and ability of women within this industry. The main event took place on Thursday June 16 on the so-called “purple day” where most of the proposals were based on female directors, actresses and screenwriters.

On the other hand, the Huesca cinema event has maintained its commitment with inclusion policies with CADIS Huesca (Coordinator of Associations of People with Disabilities of the province of Huesca), through special projections such as the presentation of Valentina, and activities such as the radio program Bandidos de la Hoya and the sign language interpretation of all the galas held at the Teatro Olimpia.

ECONOMIC REINVESTMENT IN THE CITY AND TERRITORY

One of the strategic objectives of the organization is the economic reinvestment in the territory and therefore most of the budget remained in Aragon, giving priority to suppliers and professionals from the province of Huesca, who represent 95% of the providers. A project based on local talent, capacity and professionalism that serves as a showcase and loudspeaker to promote investment opportunities arising from visitors, guests or companies that during the days of the event set their sights on the Alto Aragonese capital.