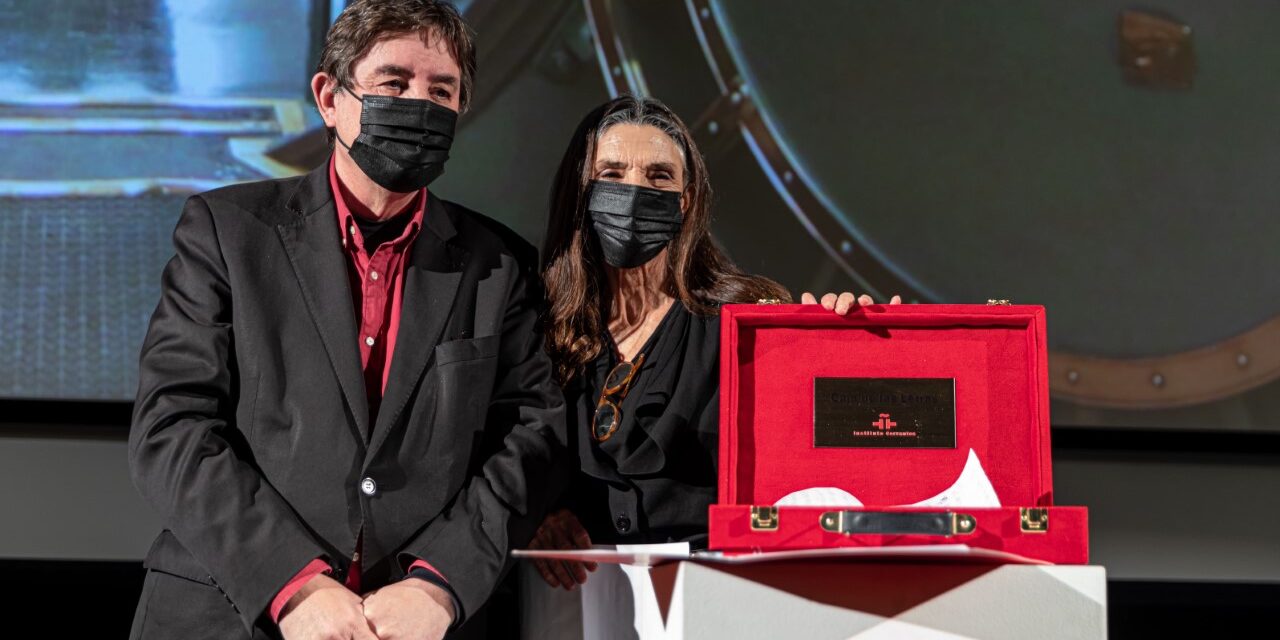 THE OPENING CEREMONY WITH THE FIRST TRIBUTES WILL GIVE WAY TO A WEEK IN WHICH THE CITY OF HUESCA WILL BE IN SPOTLIGHT OF THE INDUSTRY WITH THE RETURN OF SHORT FILM MAKERS, PREMIERES AND ENDLESS ACTIVITIES FOR ALL AUDIENCES

On the opening day of its 50th edition, the Huesca International Film Festival awards one of the main distinctions to the Cervantes Institute for its work in building bridges between cultures, highlighting the dissemination of values such as diversity, respect and tolerance that acquire greater relevance at the present time. The Pepe Escriche Award will be collected this Friday night by its director, Luis García Montero, a well-known poet and professor of Spanish Literature at the University of Granada, who will share the red carpet with international actor Diego Luna, among many other familiar faces from the Spanish-speaking film industry.

This Award bears the name of one of the forerunners of the Festival and was at the forefront of the Huesca contest for more than three decades. The trophy consists of an artistic piece in celluloid format created by the artist and National Design Award Winner, Isidro Ferrer. Together with the City of Huesca Carlos Saura Award and the Luis Buñuel Award, it one of the three tributes that the Festival pays each year.

The Cervantes Institute was founded at the beginning of the 1990s and today it is present in nearly 90 cities in 45 different countries throughout the five continents. Its main activity is focused on serving the linguistic and cultural heritage of the Spanish-speaking community and has played a prominent role in promoting audiovisual culture in Spanish.

Spanish is the second most widely spoken and studied language in the world, thanks to the dissemination work carried out by organizations such as Cervantes, which has been promoting its teaching, study and use, in addition to seeking to contribute to the worldwide dissemination of Hispanic cultures. Among other activities, it manages the largest network of Spanish libraries in the world.

In the audiovisual sector, the Instituto carries out a large number and variety of projections and conferences, and collaborates with other entities around the planet, thus building bridges between cultures and people as Pepe Escriche also did.

It is not the first time that the Cervantes Institute and the Festival meet, as since 2018 they have been working together to get the winning short films screened in different parts of the world and also creating ties with other international festivals.

The Pepe Escriche Award was given for the first time in 2009 to the San Antonio de los Baños School to recognize the role of entities, institutions, people or collective initiatives. Since then, the World Cinema Fund (2010), Cinergia (2011), the Morelia International Film Festival (2012), the Spanish Film Library (2014), Films in Progress (2015), Pilar Martínez-Vasseaur (2016), Ibermedia (2017) and the Spanish Academy of Cinematographic Arts and Sciences (2018), among others, have received this special award. The most recent winners of this recognition have been Egeda, the Bergman Chair and CIMA, the Association of Women Filmmakers and Audiovisual Media in the last edition of the Festival.

The Huesca International Film Festival is sponsored by the Ministry of Culture and Sports, the Government of Aragon, the Huesca Provincial Council, the Huesca City Council, the Anselmo Pie Foundation, with the collaboration of Obra Social “la Caixa”, TUHUESCA and the Aragonese Institute of the woman. The Festival also has the support of Acción Cultural Española (AC / E) through its Program for the Internationalization of Spanish Culture (PICE).