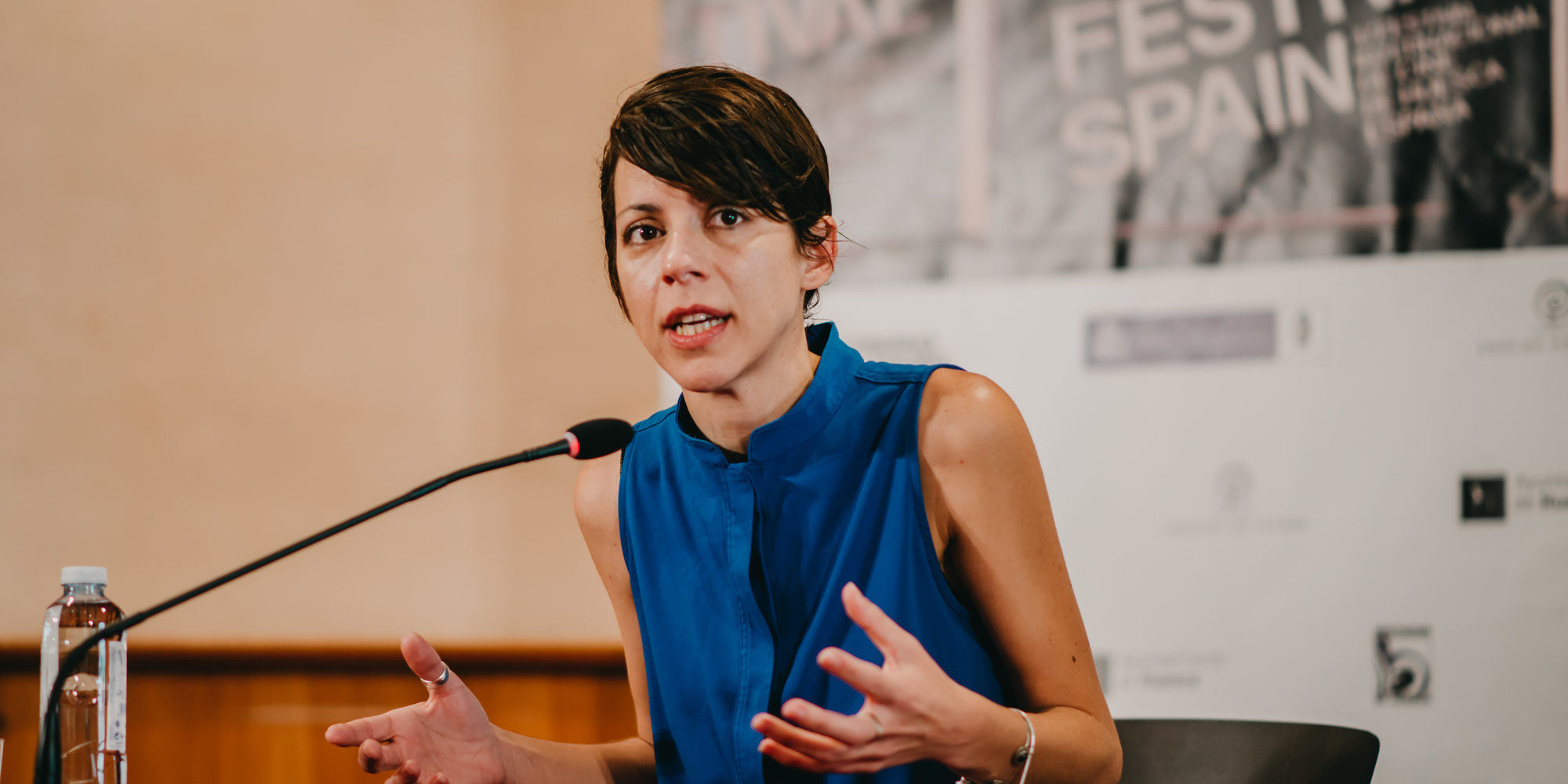 ITS DIRECTOR, PERI AZAR, AS WELL AS TWO OF ITS PROTAGONISTS, THE SINGERS SERGIO PANGARO AND COCÓ MURO PRESENTED IT IN PERSON AT THE FESTIVAL

The Argentine documentary Gran Orquesta was presented worldwide outside its native country in the framework of the 47th edition of the International Film Festival of Huesca. Its director, Peri Azar, along with two of the singers of the film (Sergio Pangaro and Cocó Muro) are in Spain to share an important part of Argentinean jazz history in the 1940s with the public in Huesca. The film, that uncovers the story of one of the most popular Buenos Aires Big Band of the moment, was born when its director found two thousand manuscript scores of the band in a container. It took her 6 years of research to build the film on them.

The 47th Huesca International Film Festival premiered the documentary feature Gran Orquesta, directed by Argentina’s Peri Azar. The film brings to light an important part of the history of Argentine jazz from the mid-twentieth century through two thousand music sheets that the director found in a trunk by accident. The documents belonged to “Héctor and his great jazz orchestra”, one of the most popular Buenos Aires Big Band of the 40s. Its director, Peri Azar, started a difficult investigation that resulted in an audiovisual work in which she wants to “convey the combined feeling of sadness and immense love she felt when she found the old documents. These documents tell a story that Azar presents in the film which is also up to the spectator to write”.

The idea of ​​the film goes back to the year 2000 when the filmmaker found an abandoned old trunk which contained the manuscript music sheets of the Big Band. The unexpected discovery of these documents is the beginning of the tracing of a story linked to the memories of its protagonists and the situations of their daily lives. A fight against oblivion that leads her to the survivors of the collapse of this great orchestra who help us discovering this part of the intangible cultural heritage of Argentina.

Gran Orquesta has meant six years of a work which led Azar to feel “fetishist of the file found”. On its national premiere, within the framework of the BAFICI, she received the prize for the best direction and a commercial distribution where it competes against the great powers of the world box office, obtaining an outstanding attendance in the cinemas where it was projected.

The choice of Huesca as the place of international premiere was due to the director’s close relationship with the city, where she lived for years and grew up both personally and professionally. She left Huesca to film Gran Orquestra and came back to present it internationally. In addition to the projection of the film, the Film Festival projects offered a small concert with the two of the singers who appear in the film: Sergio Pangaro and Cocó Muro.

Director, scriptwriter, producer, editor, cameraman, designer, illustrator and musical coordinator, Peri committed herself to this full-length film, body and soul; “I almost left my life” declared the filmmaker. Graduated in Audiovisual Arts from the National University of Arts (UNA) and Filmmaker (ENERC) and Technician in Photography (UNT), she has been developing her professional career thanks to the various cultural scholarships in several countries of South America and Spain. In addition, she also has a career as a visual artist, especially in the field of holographic photography and alternative formats. Her works have been exhibited in Spain, France, Colombia and Argentina. She currently works for the Pablo Ducrós Hicken Film Museum (Buenos Aires) and the production company 8A-110.