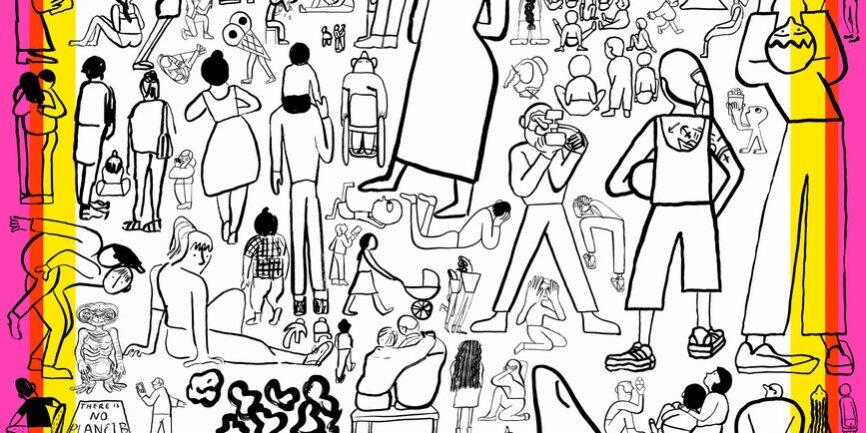 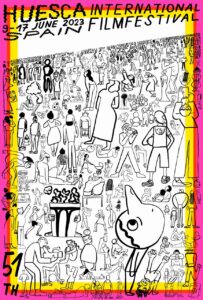 The 51st Huesca International Film Festival organization takes off with the presentation of its official image and the call for submission of the short films. The event that will be held from June 9 to 17 will feature a poster designed by the prestigious ‘It’s Raining Elephants’ studio, made up of Swiss artists Nina Wehrle and Evelyne Laube, a work full of “positive and vibrant energy” as they themselves describe. “It sprang from an impulse in a drawing game… we wanted to make an irresolute and iconic image” claims its authors, two creators who sought to arouse curiosity and generate questions in the viewer: “Is it a film screening, a party or a demonstration ? What are these people looking at? What are you waiting for? Are they really there?” they conclude.

It’s Raining Elephants is an illustration studio from Lucerne, Switzerland directed by Evelyne Laube (1982) and Nina Wehrle (1984). Since 2008 they develop their own projects and the work of their clients in a playful visual dialogue. They make visual books, and illustrations for various applications. They also run the hoi ceramic label and teach narrative drawing at the Lucerne School of Art and Design, among other institutions.

After last year’s acclaimed poster and his joint work with the photographer Chema Madoz for the award-winning work of 2012, Isidro Ferrer (based in Huesca, National Design Award in 2002 and the National Illustration Award in 2006) has once again advised on author’s selection. A job that he has been doing for the last two decades and that he has combined since 2019 with his appointment as patron of the Festival Foundation.

The official image plays an essential role in all communication that will be deployed one-line and off-line. In the words of Estela Rasal, director of the Alto Aragonese event, it is “fresh, young and boisterous, something that fits very well with everything we want to show this year”. After taking office last September, this edition is Estela’s first year as director of the festival, although she has been part of the management of this international event for 9 years.