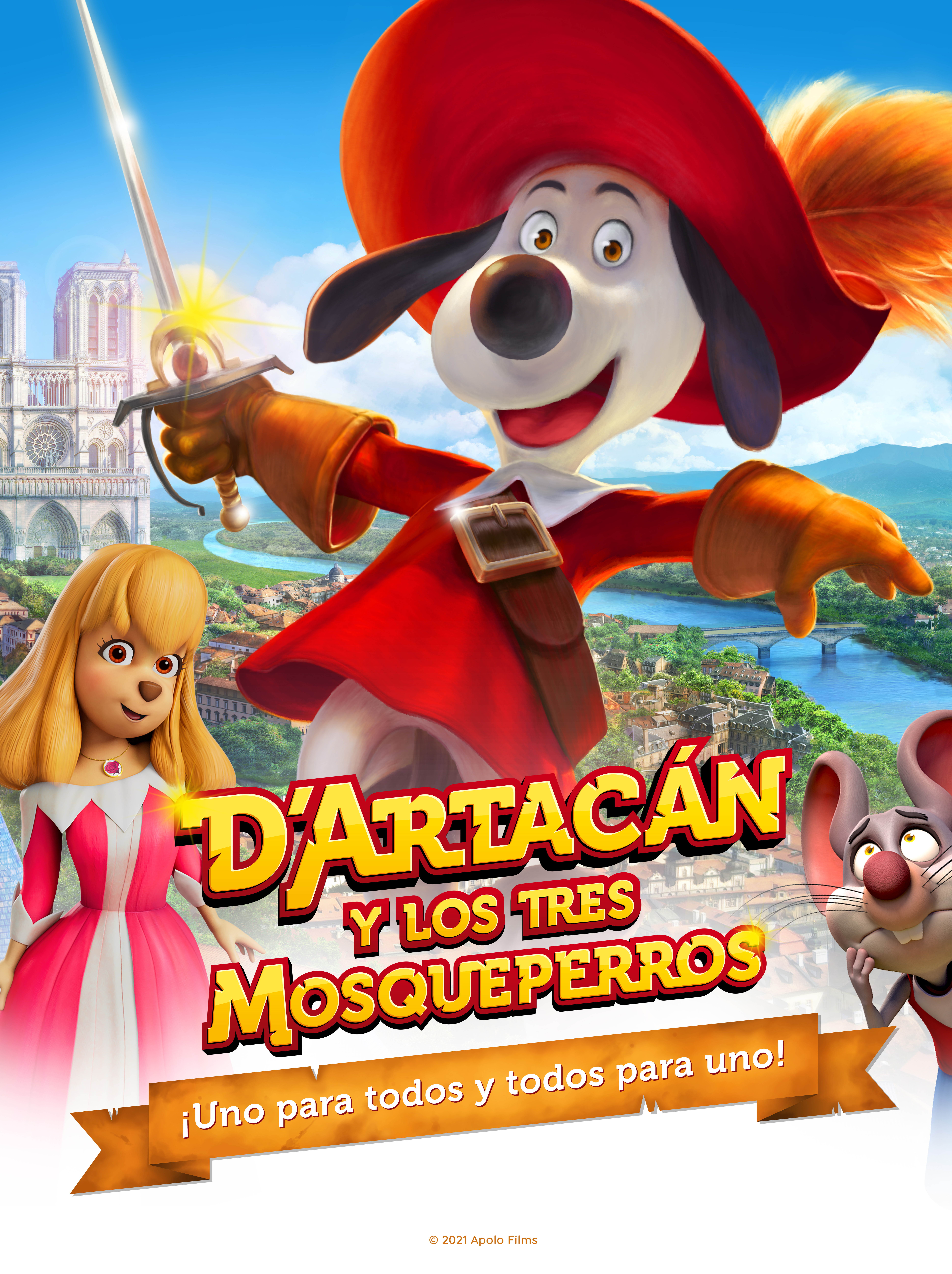 THE FILM BASED ON THE CLASSIC ANIMATION SERIES OF THE 1980s WILL PREMIERE ON SUNDAY, JUNE 13 AT THE OLIMPIA THEATER

THE ARTISTIC TEAM, LEADED BY ITS DIRECTOR TONI GARCÍA AND ITS CREATOR CLAUDIO BIERN, WILL BE THERE TO PRESENT IT PERSONALLY

The long-awaited animated feature film Dogtanian and The Three Muskehounds will premiere in our country at the 49th Huesca International Film Festival. The film based on the classic television series from the 80s will be seen for the first time on a Spanish cinema screen on Sunday, June 13 at the Olimpia Theater. It will be a highlight of the Huesca contest and a special moment for the artistic team of this Spanish production, as it will mark the beginning of an international career in key markets such as the United Kingdom, France and the United States. Its director, Toni García, and its creator, Claudio Biern (also responsible for the iconic series) will come to the capital of Alto Aragón along with part of the artistic team, in a day actively backed by CADIS Huesca (Coordinator of Associations of People with Disabilities of the province of Huesca) which will include a meeting event, among other activities.

The film is an updated version of the iconic television series (seen on more than 300 networks in over 100 countries) inspired by Alexander Dumas’ most famous novel. The story, that will be soon shown in cinemas, stays true to the original, mixing action, adventure, and comedy for the whole family. The impulsive and idealistic young D’Artacán is the main character, a dog who leaves behind his native town in Gascony to go to Paris with one goal: to become like his father, a muskehound to the King of France. In the capital he will meet his muskehound comrades: Amis, Pontos and Dogos; and together with his horse Rofty and his squire Pom (a quarrelsome mouse and hustler), they will try to counteract the plans of the Machiavellian Cardinal Richelieu and his accomplices.

The film, which was presented in 2019 within the framework of the festival as a project, is scheduled to premiere in France on August 11 and in Spanish theaters on September 3, in addition to having closed its distribution in key markets such as the United Kingdom and the United States. The production company, Apolo Films, and the distributor, A Contracorriente Films, have joined forces, with the participation of TVE, to present this work with a script adaptation by Doug Langdale (The Adventures of Puss in Boots, Kung Fu Panda, The Book of Life); a nostalgia- swashbuckler adventure for parents; and a friendship, action and fun story for the little ones.