You are here:
NewsNews Library 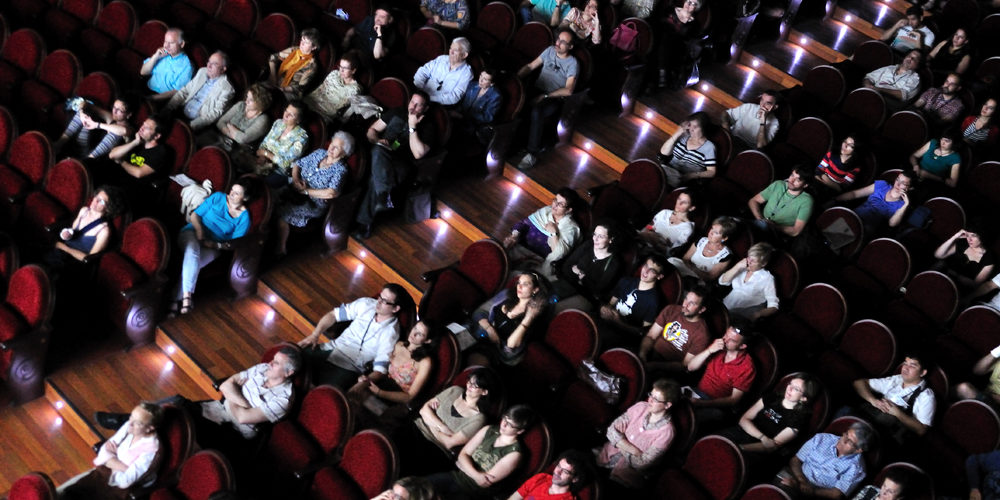 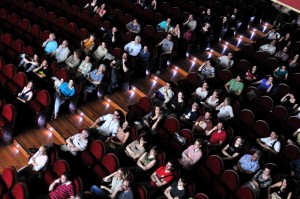 The Huesca Film Festival ends today with the “All The Children to the Festival” section and the special session of short films awarded at the Olympia Theatre at 19.00 .

The cut and the lowest budget of the festival’s history (150,000 € 700,000 versus € 2009 ) edition not only in viewing figures exceed those recorded in recent years, it has been revealed, according to film trade press, jurors and managers themselves to competition , as one of the round on the national scene if you stick to the quality of the selected works – a total of 102 short – for competition in all three competitions festival: Latin American, and International Documentary.

The artistic or cinematic assessment of 41st can not be more positive. “The truth is I liked it. Maybe I’m not the one who should make this judgment of value, but the truth is that I have received many compliments and overall very positive reviews on the film level and the selection of short films by both juries and the filmmakers themselves in competition” summed Montse Guiu yesterday , president of the Foundation of the Huesca Film Festival began shortly before the closing ceremony. “Satisfaction is full. I also think that has been a success concentrating contests in four days.” 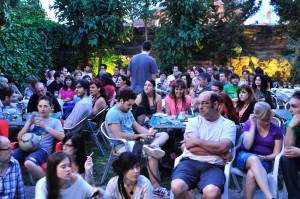 The public has crowded projections Cinema under the stars at The Fhosco . Photo Jorge Dueso

One of the sections parallel draft that has been Cinema under the stars, which recorded a full house in three evening sessions and convened as a meeting and exchange of directors, organization and visitors linked to the world of cinema. “It started as experience last year and has created a buzz.”

Regarding tributes edition 2013: Adolpho Arrieta (Luis Buñuel Award) and José Antonio Sistiaga (Director of Worship), on which, in both cases, has projected a wide selection of their work with little public attendance, the organizing team of the festival was clearly going to be. “Minority and experimental cinema should be a bet the festival”, said Ricardo Garcia Prats, secretary of the foundation, “even though we know that it is difficult to count the majority support of the public”. “Actually”, said García Prats, “Festival as we are required to provide this type of film for minorities. It is this type of pioneering experimental work and the underlying and reference to other more commercial cinema, more accepted by the public”, he summarized.

Regarding cycles Colombian short (selection Bogoshorts Festival) and the Mexican CUEC (the school’s most important film of Latin America), Montse Guiu impacted on the role of festivals “is a must retrieve jobs not normally be view and, in these two cases also were in compliance with the Latin American vocation from the beginning have this festival”. 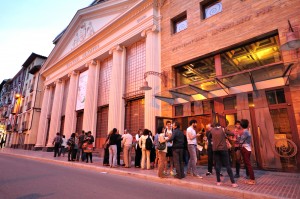 Finally, the organization of the festival affected the progressive role that cinema has in Aragon Huesca appointment since 2013 have scheduled two sessions of short films in Cinema Under the Stars (Video oscenses filmmakers and students from the University of San Jorge ), and on Saturday the Aragon section was completed in Cinema with a screening of ten short films of Aragon invoice session 13.00 DPH, and the film’s unexpected life, Gaizka Urresti the afternoon.

A lack of computing the two sessions today and a low estimate of these two events, the 41st edition will be around 4,000 spectators, which exceed the influx in recent years despite having fallen from 52-40 projections (sessions) and have lost almost more than two full days (including a weekend and the opening gala). Therefore, the figures can not be more positive.

To Montse Guiu, “although the number of viewers is not a goal in itself for the festival, as its main vocation is different, no doubt, are always stimulating and represent an endorsement of the work done”, she said.On Friday June 14, the highest total influx was reached, with 899 spectators, divided between the official section, A global look & Cinema under the stars. In 2012, the top of spectators Friday were also hit, with 555.
Categories: News, News Library16/06/2013
Compartir este artículo:
Share on FacebookShare on Facebook TweetShare on Twitter Pin itShare on Pinterest Share on LinkedInShare on LinkedIn Share on WhatsAppShare on WhatsApp

THE 49TH INTERNATIONAL FILM FESTIVAL OF HUESCA EXCEEDS 2 MILLION EUROS WORTH IN MEDIA IMPACT
08/07/2021
Go to Top
This website uses cookies to improve your experience. We'll assume you're ok with this, but you can opt-out if you wish. Accept Read more
Privacy & Cookies Policy