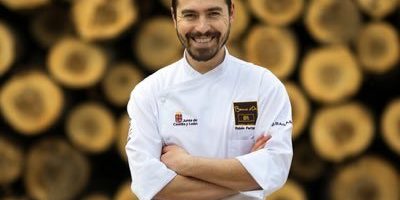 In this occasion, five short films about cooking will be showed in Gastrocine. This short films have been chosen among films presented to participate in this edition. A very interesting plan which will be directed by Rubén Pertusa, a local  chef.

Currently, Rubén Pertusa is chief cook for El Bodegón Restaurant but he has a long career in cooking sector. He was for two years doing a stage at Martín Berasategui Restaurant. Besides, he managed workshops about creative cooking with Aragonese products which were part of the project  “Pon Aragón en tu mesa”. Also, he has colaborated in gastronomic projects with associaitions like Embat and Atades. It’s important to say that Rubén Pertusa represented Aragón in Madrid Fusión 2015 where he talked about Winter black truffle. That year, he was helping the Madrid candidate in Bocuse D’Or in Spain. In addition, he is the writer of El zagal que le dio la vuelta a la tortilla.

This year, Gastrocine has a new format. Last year a film was projected but, this year, five short films will be projected and each short film has inspired the five plates which form the menú created by Rubén Pertusa.