The Mad Woman and the Feminist

A conversation about what feminism means and the use we give to a word that has become fashionable, also among men. A couple’s conversation about the unequal distribution of household chores, the extra burden she takes on and his unawareness of what her attitude really means. Him, as a committed feminist, and her, who is going to question him based on an ultimatum: please, do not say that you are a feminist again. 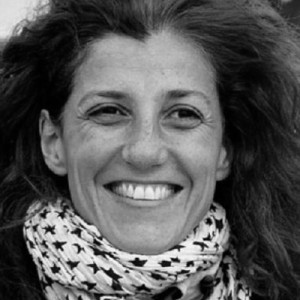 She began directing television series in 2000. Since then, she has participated in projects such as Policías, Un paso Adelante, Mis adorables Vecinos, Fuera de Control, Cuenta Atrás, Los hombres de Paco, El Barco, Bienvenidos al Lolita, B&B, Vis a Vis, Caronte, Vis a vis: El Oasis o Paraíso. Nominated for the IRIS Award for Best Direction for Vis a Vis in 2018, she has also received more than 25 nominations for awards such as the Feroz Awards, the Union of Actors Awards, Silver Frames, Onda Awards and Platinum Awards.