“The new generation of Spanish cinema is unclassifiable, we can see all kinds of proposals” 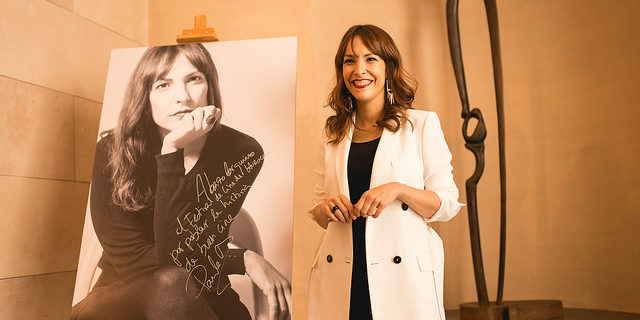 For Azucena Garanto, director of the Festival: “Paula has injected in Aragon the hope of making films with international repercussion”.

The Huesca International Film Festival  begins its 44th edition honouring with the award Ciudad de Huesca to the film director and plot writer from Aragon Paula Ortiz. The prize, which stands out both her trajectory and her projection, means “an experience for the future”, in words of Paula. Born in Zaragoza, Ortiz receives it as an honour and a support of her province, at the same time as she still feels like a new producer, “I have a lot to do and lots of things to tell yet”.

The shooting of the second long film La Novia was presented two years ago in this same Festival, and has been one of the more awarded films in our country during the last years. Lots of prizes and recognitions which join to the ones obtained with her opera prima, De tu ventana a la mía, and to her trajectory as short film maker, the essence of the Festival. All this has placed her as a mentor of the Spanish current cinema, “represents all the work, talent, tenacity and illusion”, says the director of the Festival, Azucena Garanto.

Ortiz, who finds in her roots part of her sensibility to express, “has injected in Aragon the hope of making films with international repercussion”, as Garanto said. A land very present in her filmography and of which recognised it´s natural beauty: “It has some of the most beautiful landscapes in Europe. In a few kilometres, it collects the most impressive nature and wonderful historical and architectural landscapes.”

Paula presents herself as calm and happy in a new stage of her life where, besides of recently becoming a mother, she is involved in various projects and plots although she hasn´t decided yet which one she will take to the screen. Of them all, she only reveals one, a script of Juan Mayorga called El arte de la entrevista. The producer is part of a new generation of Spanish cinema which herself defines as “unclassifiable, we can see all kinds of proposals, of imaginaries, of experiences.”