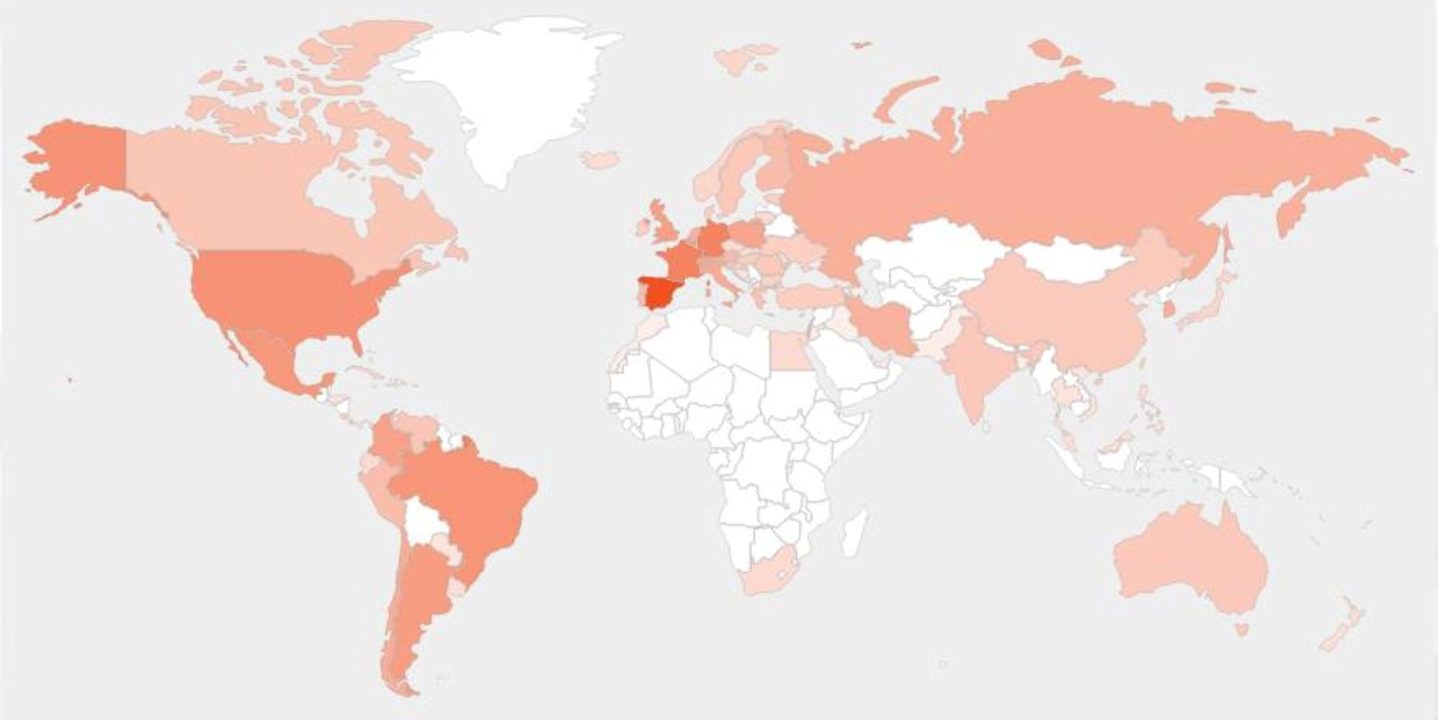 A total of 2,040 short films coming from 87 different countries are the final figures of the selection for the 46th edition of Huesca International Film Festival. Works coming from five continents that show once more the convening power of the High Aragonese festival, ‘the international appeal of the festival is unquestionable, figures back us year after year and that is due to the great team work developed by the people working for the festival now and in the past’ said Rubén Moreno, director of the Festival.

Those are the highest figures recorded by the festival recent history, they exceed expectations, since the symbolic number of 2,000 submitted shorts had never been beaten before. ‘We are very happy with the results after closing the call, but what really matters is that it has been confirmed one more year that the festival can get everywhere in the world and that any short filmmaker would like to compete for the Danzante Award’ declared Moreno, who runs this festival endorsed by the Oscar and the Goya Awards.

Competing works include all genres: fiction, documentary, animation or experimental and are divided into three categories corresponding to the three contests that form the festival. The international competition accumulates 910 productions, the highest number; the Iberoamerican contest 780 participants; lastly, the documentary contest will shortlist the official selection among 350 works that are already being selected by the shortlisting team.

A total of 30,487 minutes of viewing time that comes from all kinds of cinematographies. One more time, Spain goes ahead with 572 works, this is an increase of more than 100 short films regarding last year figures, which brings to light the current strength of this format in the Spanish film industry. The podium is completed by Germany and France, with almost identical figures, 159 and 158 shorts, respectively. The relationship between the High Aragonese festival and the American continent has always been very close, a fact that is reflected in the strong presence of the USA (93), Brazil (88), Mexico (80), Argentina (67) and Colombia (55); all these film industries stand among the first ten with a highest number of presented productions. With regard to Asia, South Korea has become a reference and one more year stands out because of the total number of works: there will be 34 shorts aiming at one of the three official contests.

Analysing the data closely, it is striking the difference between territories; from countries with a great film tradition as the United Kingdom (presenting 60 works) or Italy (41 works) to some other as Lebanon, Moldavia, Jordan, Iraq, the Faroes, Venezuela, Sri Lanka or Qatar. It also deserves a special attention the number of first works, a feature specially appreciated in Huesca; 541 shorts have been entered in 2018, this implies the debut behind the camera of their filmmakers, a significant increase regarding last edition with 423 submitted works.