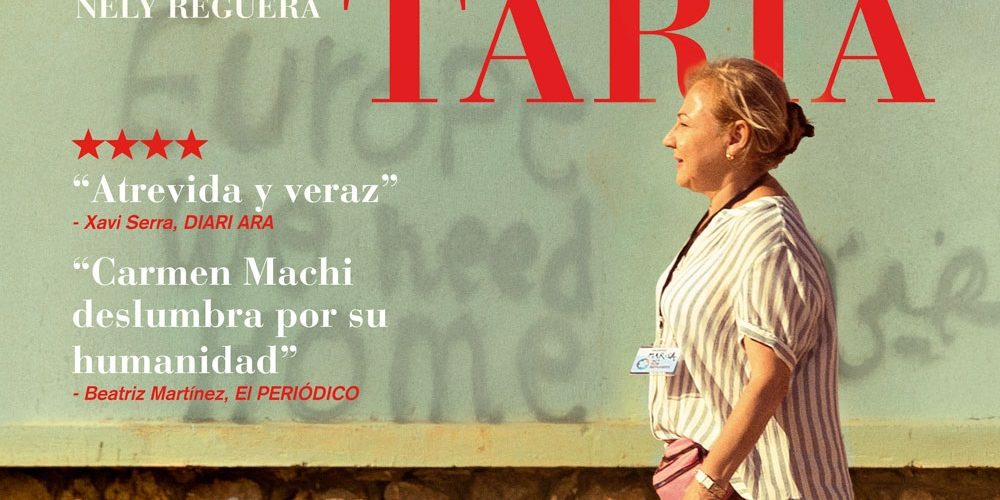 THE FEATURE FILM DIRECTED BY NELY REGUERA AND STARRING CARMEN MACHI WILL BE SCREENED IN THE CITY OF HUESCA ON JUNE 10, THE SAME DAY AS ITS NATIONALTHEATER PREMIERE

ITS DIRECTOR, WHO OBTAINED A SPECIAL MENTION AT THE 2010 FESTIVAL, WILL ATTEND THE KICK OFF-OFF GALA OF THE CONTEST

The feature film La Voluntaria will be the opening film of the 50th edition of the Huesca International Film Festival. The movie directed by the Barcelonan Nely Reguera will open the “50th anniversary” of the Aragonese contest on June 10, the date on which it will also reach commercial theaters throughout Spain; The Catalan filmmaker herself will present the film at the Olimpia Theater (main venue of the contest), a work inspired by her personal experience as a volunteer for an NGO.

It will not be Requera’s first experience in Huesca since she participated in the Ibero-American Contest in 2010  with her short film Pablo, with which she obtained a special mention in that edition. Her debut feature María (y los otros), starring Bárbara Lennie, premiered at the 2016 San Sebastián Film Festival, a film that received many awards for its leading actress and a Goya nomination for Best New Director.

La Voluntaria tells the story of Marisa (Carmen Machi), a recently retired doctor who decides to travel to a Greek refugee camp where, in her opinion, they need people like her. When she gets there, it becomes clear that she has nothing to do with the people in the camp. When she meets little Ahmed, the boundaries between needing to care and feeling useful begin to blur.

The film addresses the convoluted meaning of the act of loving and the desire to care. “We should all be able to care for others as well as ourselves. Taking care of each other is a task that creates a bond between us, helps us grow, humanizes us. The problem comes when we are not aware that, sometimes, it responds more to the need to fill a void or make up for a lack than to an act of generosity”, says Reguera.

The production of Fasten Films, BTeam Pictures and Homemade Films will be the highlight of that evening and the opening of the festival during which Mexican actor and director Diego Luna will be recognized with the City of Huesca Carlos Saura Award and the Instituto Cervantes with the Pepe Escriche Award.