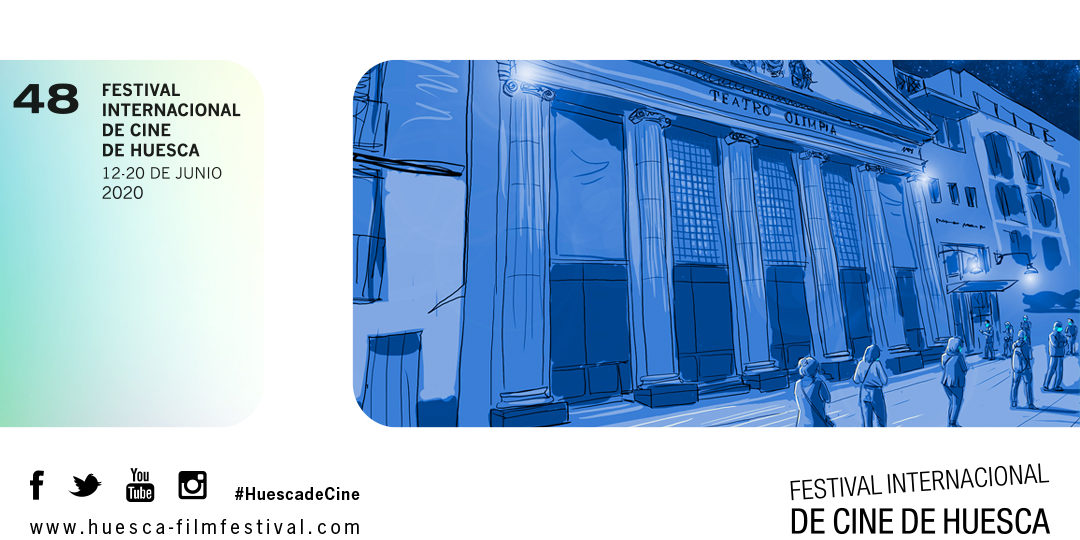 The 48th edition of Huesca International Film Festival will be held from 12th to 20th June and its official selection will be displayed online and on-site. The 80 short films of the three contests, as well as several parallel sections, will be displayed on the website of the festival thanks to Festhome platform; it will be free to watch and with a recommended program for showings available from Saturday 13th June to Saturday 20th June. A decision backed by all shortlisted filmmakers and the different supporting institutions.

The online format of the short film contest will keep awards unchanged, as well as the total cash prizes, (exceeding €24,000) and the qualification for the Oscars and the Goya of its three Danzante Awards; a clear example of the festival support to culture and, specially, to filmmakers that have been looking forward to the Aragonese festival for the last 48 years. These new conditions on online viewing have been accepted by each and everyone of the participating short filmmakers.

This virtual format, fostered in this edition, is a proposal Huesca Festival had been working on since 2015 under the denomination ‘Huesca Festival at Home’.

Following the recent announcement of the “De-escalation Plan”, the management team announces that, in the event of successful progress of the established phases, the Olimpia Theatre will host on-site screenings of shortlisted works from the three contests. Its capacity will be limited to 130 people, (a third of the stalls), applying strict security and cleaning measures. A total of 14 showings at 17h and 20h, in addition to the exhibition of the awarded films at the close on 20th (17h).

Likewise, the Festival will keep its original dates of celebration. A considered decision after assessing the uncertainty surrounding time frames for the rest of the year, the intense upcoming agenda for next autumn-winter, as well as the concentration of important film events; it also responds to the compromise achieved with audience and film industry. The main objective is now to create an attractive programme for an exceptional edition, that is why tireless work is being done to close homages, jury members and parallel sections that complete a cultural proposal highly interesting to the audience as well as to the specialized sector of the seventh art.

Drive-in will be one of the novelties of the 48th edition; a proposal that aims to reconcile respect to social distancing and the concept of cultural festivity. A feature film cycle will be programmed so as to give Huesca audience the chance to enjoy the seventh art outdoors. The titles selected for this series, as well as the details of this new proposal will be announced at the end of May, along with all the details of the official presentation of the programme of this edition. ‘It is an idea that has been on the table for years, but we think this is the ideal moment to carry it out. Therewith, the festival does not cease in its efforts to bring culture to society’, states Rubén Moreno.

Thus, Huesca International Film Festival presents a new horizon, having adapted to teleworking all possible processes up to now. A team that has manage to carry out their work from the first moment and that now sets new challenges, always monitoring the evolution of the pandemic. ‘This new scenario forces us to reinvent ourselves and poses a great responsibility that we assume with the greatest commitment so as to be able to offer the best possible festival to the city’, concludes Moreno.