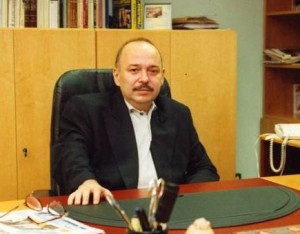 José Manuel Porquet Gombáu. Huesca (Spain). (1950-2000) Journalist. Historian. Writer. He graduated in Law at the University of Barcelona, ​​later obtained the title of journalist in the Official School of Journalism in the city of Barcelona. It began in Huesca in Andalan, passing later to the Heraldo de Aragón. In 1989, he was appointed Director of the newspaper of the Altoaragon, and in 1993 he became Chairman of its Board of Directors.

An excellent gourmet, he wrote many articles on gastronomy and was co-author of the book Aragonese Cuisine and author of Comer in Huesca (1989), The kitchen of the housewives and masters, etc.

With regard to his position with our Festival, he always supported him through articles, interviews, etc. With its characteristic precise style, sharp and ironic. He collaborated very positively as rapporteur, did interviews, was presenter of press conferences and moderator of round tables.

He wrote us two monographic books, one dedicated to the director Imanol Uribe, sharing author with Begoña Gutierrez (1994) and the other to actor Francisco Rabal, a vitalist glory, (1995), both edited by the Festival.

The prize that is given annually after the release of the Jury of the Specialized Critic corresponds to a piece of bronze created especially for this award by the artist oscense Eduardo Cajal. Has no economic renumbering and is sponsored by the Diario del Alto Aragón.