FestivalHuesca at home, the Festival on-line 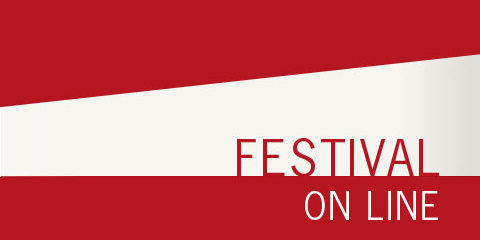 The official selection of the 44th edition of the Festival will be available to watch online, from any place in the world.

Halfway between the virtual and the real world, just as life. For second consecutive year, the International Film Festival of Huesca offers its selection of short films in the internet, becoming a multiplatform contest. From the webpage of the Festival and thanks to the collaboration of the platform Festhome, supplier of the service, the 79 short films participants in the Official Selection can be watched beyond the screen of the Olimpia Theatre, space where the films will be projected during the Festival.
This option makes easier for the ones who have a short film participating in the contest but can´t physically be in Huesca to move closer to the works they are competing with. The online ticket office will be the access door to the view of the 15 sessions scheduled, and will be available from the 18th to the 30th of June.
It will be possible to get the access to one session for 3€, of the full pass of the Festival, which gives the possibility to watch the 15 programmed sessions, for 15€.
Besides, this year in collaboration with the  Asociación Provincial de Empresarios de Hostelería y Turismo de Huesca, it will be possible to watch the short films of the contest in a series of different establishments in the province. One of this places is El Albergue el Águila, in Candanchú, which will offer the projection of the films with a combo pizza+drink for 10€.
In the Capilleta Bistró of Plan, they will project the short films for the customers in their covered terrace of the bistro area where they also serve dinners, so while the people is eating, they can enjoy the films.
The San Ramon Hotel in Somontano of Barbastro has prepared a private room of the restaurant, where they will play the films accompanied by popcorn made with a special machine they are going to hire.
The rest of establishments, placed in the map, will project their views in their place, in a normal way, so their clients can enjoy it, this way the Festival will at least reach the villages of Barbastro, Candanchú, Graus, Monzón, Oto-Broto, Plan and Sariñena. The three businesses we explained above are the ones which offer something special or make it coincide with any action or dinner. Don´t forget to look at their social media, they will be posting it.

The FestivalHuesca at home introduces a payment way in which the owner of the property rights of the film receives a share of the earned quantity, which is divided between Festhome LTD (business supplier of the service) and the filmmakers (65% and 35% respectively in the case of the full pass and between the owners of the property rights of the films in the case of a session).