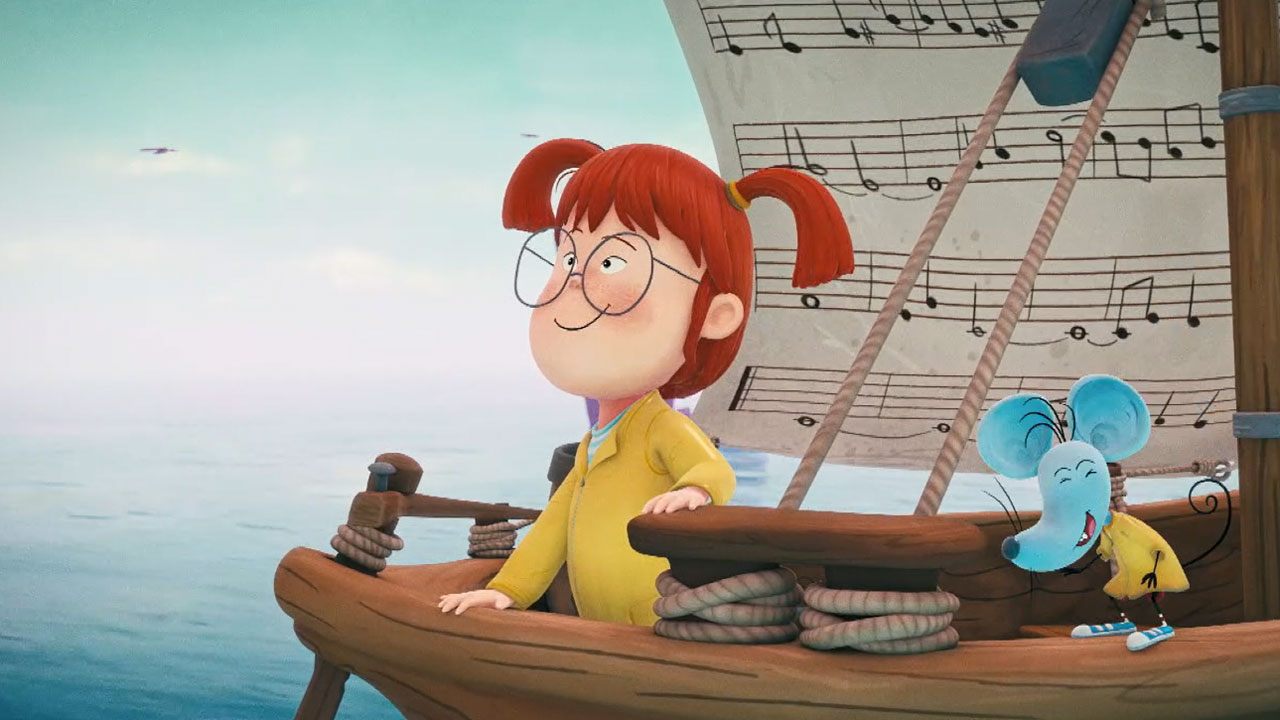 Animated feature film “VALENTINA” by Chelo Loureiro. Spain. 70´. Animation.
In collaboration with CADIS Huesca. Goya Award for Best Animated Film 2022. All audiences.
With the presence of the director.

Valentina dreams to become a trapeze artist although she believes that because she has Down syndrome she will never be able to achieve it. Her grandmother, her companion in games, lessons and songs, assures her that if the caterpillars manage to turn into butterflies, nothing is impossible. And that one must never lose the enthusiasm or the eagerness to learn, the same way she is longing to become an orchestra conductor, even at her age.

Goya 2022 for the best animated film.

Born in Ferrol (Galicia), she is a producer, executive producer and specialist in the management of companies with activities related to cultural industries. She has been working exclusively in the audiovisual sector for years. She is a member of the board of directors of CIMA (Association of Women Filmmakers), the Spanish Academy of Cinematographic Arts and Sciences and the Galician Audiovisual Academy. She also teaches animation production masterclasses in various Spanish and Latin American universities. She has produced television series, short films, feature films and documentaries, mainly with international co-producers that have received countless awards and festival tours around the world.