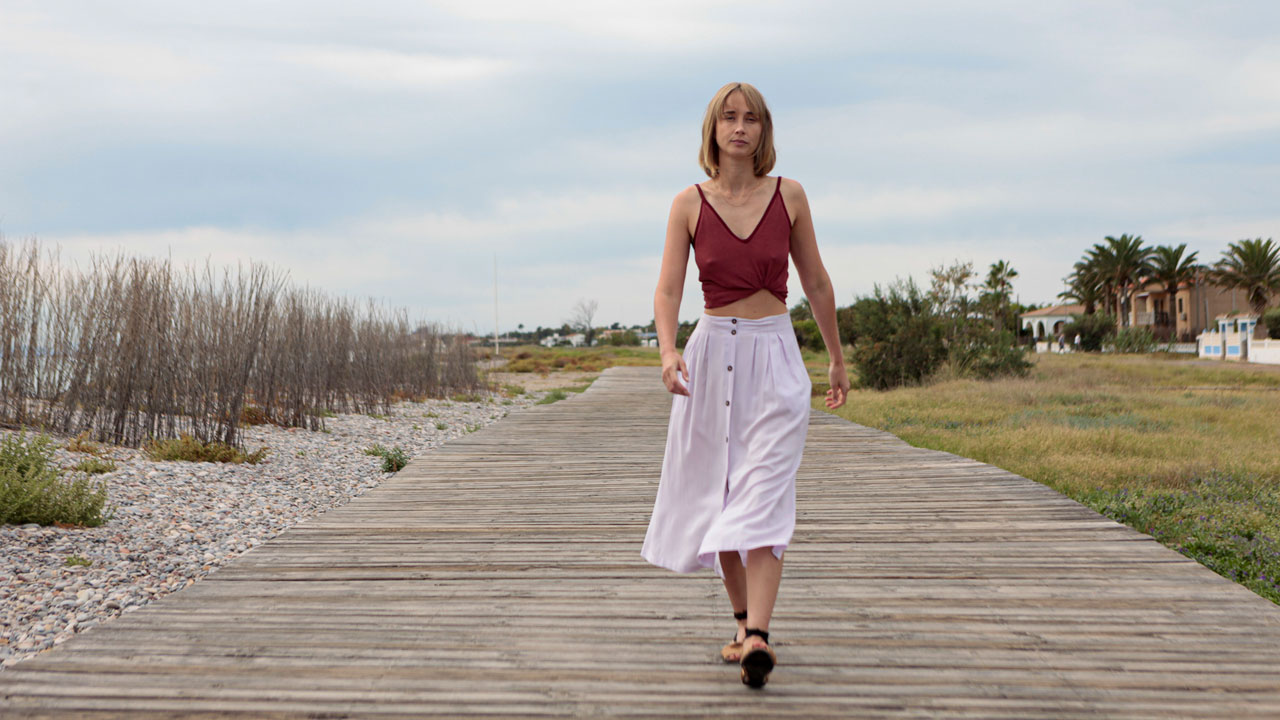 With the collaboration of the Aragonese Institute for Women.

While the town is preparing to celebrate its main festival, Blanca strives to ensure that the first paella she makes in her life is perfect. She has managed to reunite her lifelong friends after years without seeing each other. They are all in their thirties and feel that their youth is slipping away, trapped in job insecurity, disenchantment and continuously having to start over. The paella lasts until nightfall, between revelations of secrets, reproaches and misunderstandings. But now more than ever, the five friends will need each other to get ahead.

Barcelona, 1964. Film director. She studied film at the Polytechnic University of Catalonia and at La Fémis. She began working on shoots with directors such as Agustí Villaronga, Bigas Luna, Frances Bellmunt and Carlos Benpar. In 1988, she directed her first short titled Bar . In 1990 she moved to Los Angeles, where she studied a master’s degree in film directing at the American Film Institute (AFI) and also took several courses at UCLA, where she wrote the short Kill Me Later. In 1994, she returned to Spain to shoot an episode of the TV3 series Nova Ficció and, in 1998, she directed her first feature film, Lluvia en los Zapatos, in London. She subsequently shot Tortilla Soup (2001) in the US and Utopía (2003) and Tu vida en 65 ‘(2006) in Spain. Her film Ahora o Nunca (2015), is considered the second largest audience Spanish feature film directed by a woman.