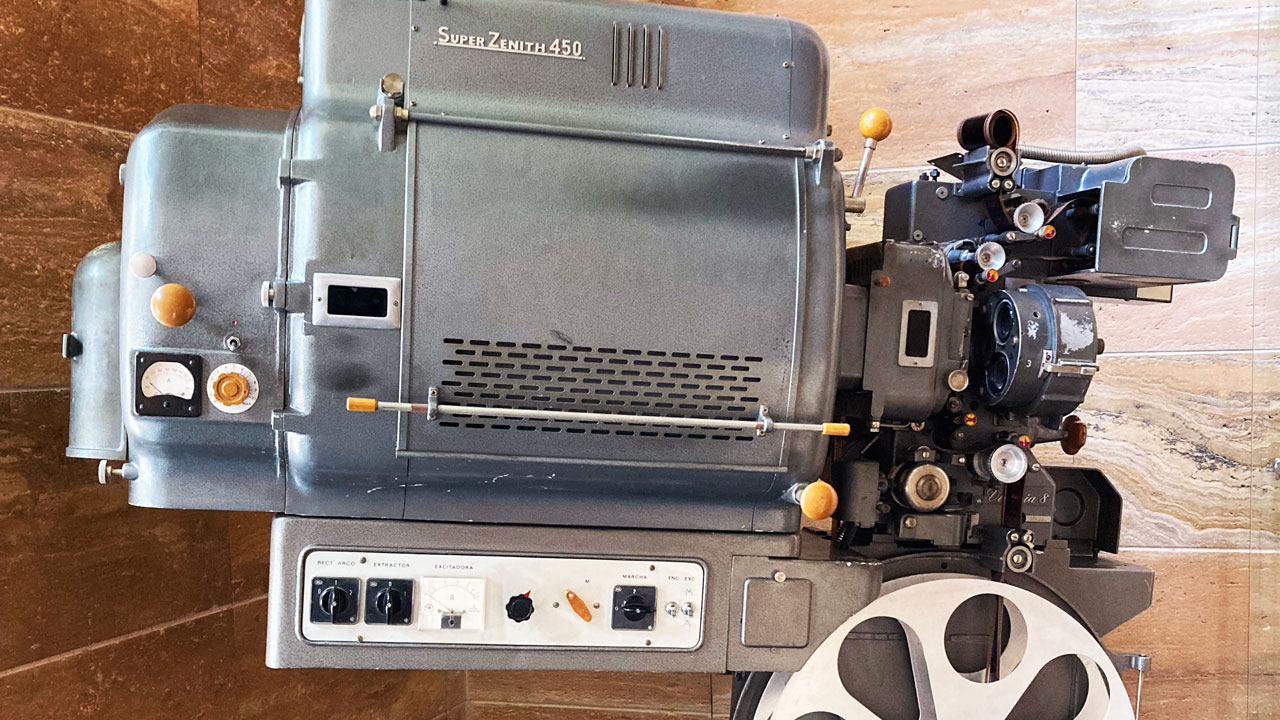 The Anselmo Pie Sopena Foundation, owner of the Olimpia Theater and the now-defunct Cine Avenida, with the collaboration of movie lover and occasional projectionist Ignacio Bitrián Fuertes, has recovered, cleaned and rehabilitated various 70 and 35 mm film machines used in both spaces.

Distributed over different rooms of the Olimpia Theater, the main venue of the Huesca International Film Festival, visitors will find four film projectors, a fixed-view projector and a double-amplified sound device. These amazing pieces were made in the 50s, 60s and 70s by Ossa Maquinaria Cinematográfico, from Barcelona, ​​or Cinemeccanica, from Milan.

All of them were in use until less than two decades ago, when modern technologies and digital systems unseated them to become the new standard format for cinematographic reproduction. It is a great legacy from the Anselmo Pie Sopena Foundation, one of the most important private institutions in the city of Huesca and a fundamental collaborator in the history of our festival.