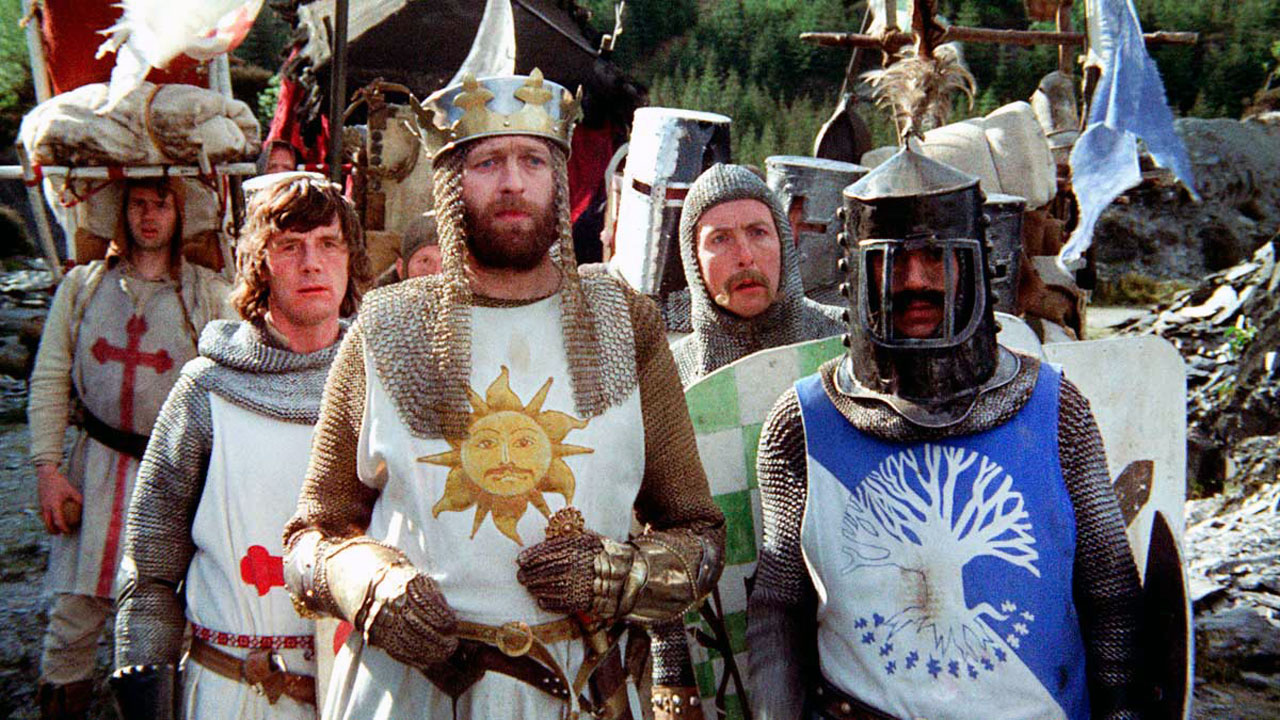 In collaboration with the Region of La Hoya de Huesca.

When the mythical king of the Britons leads his knights on a quest for the Holy Grail, they face a wide array of horrors, including a persistent Black Knight, a three-headed giant, a cadre of shrubbery-challenged knights, the perilous Castle Anthrax, a killer rabbit, a house of virgins, and a handful of rude Frenchmen. Monty Python parody medieval England, the legendary story of King Arthur and his Knights in this cult classic comedy, full of irony and sarcasm.

Terry Jones (Wales, 1942-London, 2020) was a British actor, film director, screenwriter, comedian and historian. He was a member of the cult comedy group Monty Python. After the dissolution of the group he dedicated himself to directing and writing scripts, mainly for television. He passed away in January 2020, at the age of 77, as a result of a terminal illness.