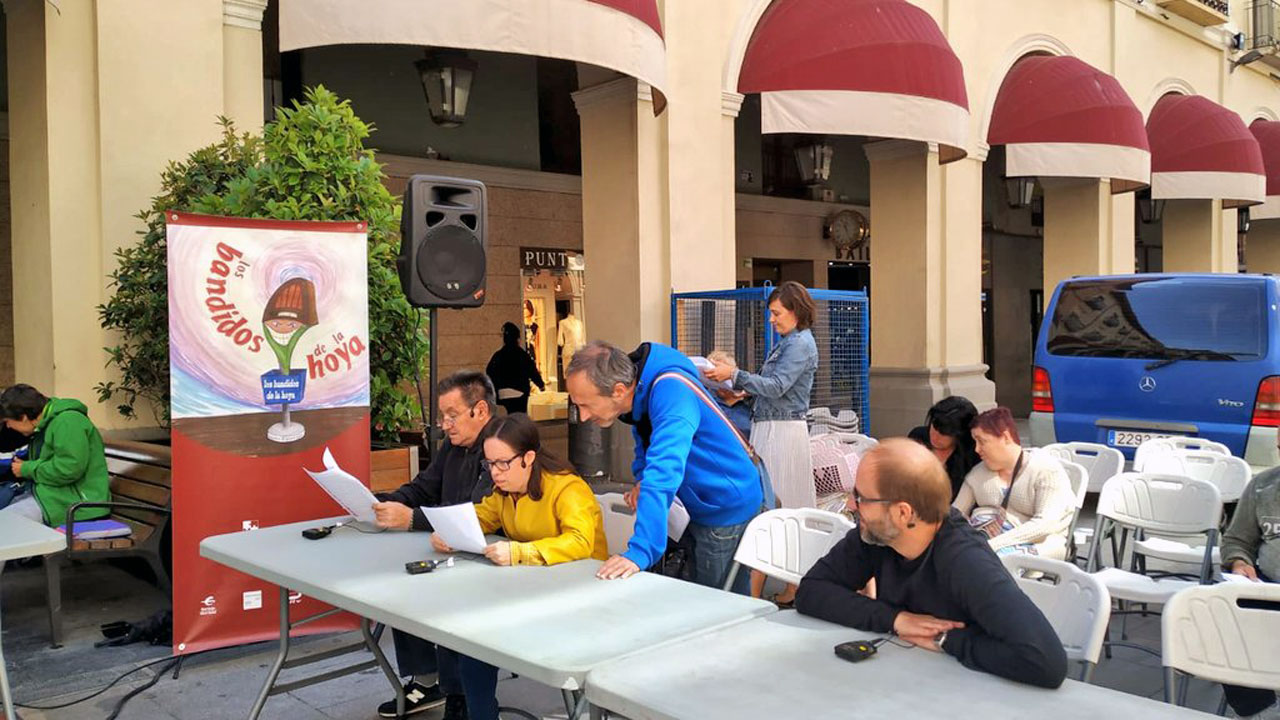 Bandidos de la Hoya is a radio program made by people with disabilities belonging to the CADIS Huesca network of entities, operating since 2005. Currently, the team is made up of people linked to the following organizations: ASAPME Huesca, ASPACE Huesca, Valentia, Cruz Blanca and Down Huesca.

The preparation of the programs requires a thorough work through a weekly meeting to rehearse the next program and sometimes parts of the following programs.

It is worth mentionning that they received the second prize at the VIII Félix de Azara Awards, granted by the Provincial Council of Huesca within the Social Communication Media Awards and, in April 2011, the award given by ATADES Zaragoza within the Image of Disability category to CART TV and the Bandidos de la Hoya, for  normalizing and giving visibility to disability through the broadcast of this radio program.

Bandidos de la Hoya will be part of this edition of the Huesca International Film Festival with a live recording, at the Porches de Galicia, of a special program with guests linked to the festival.