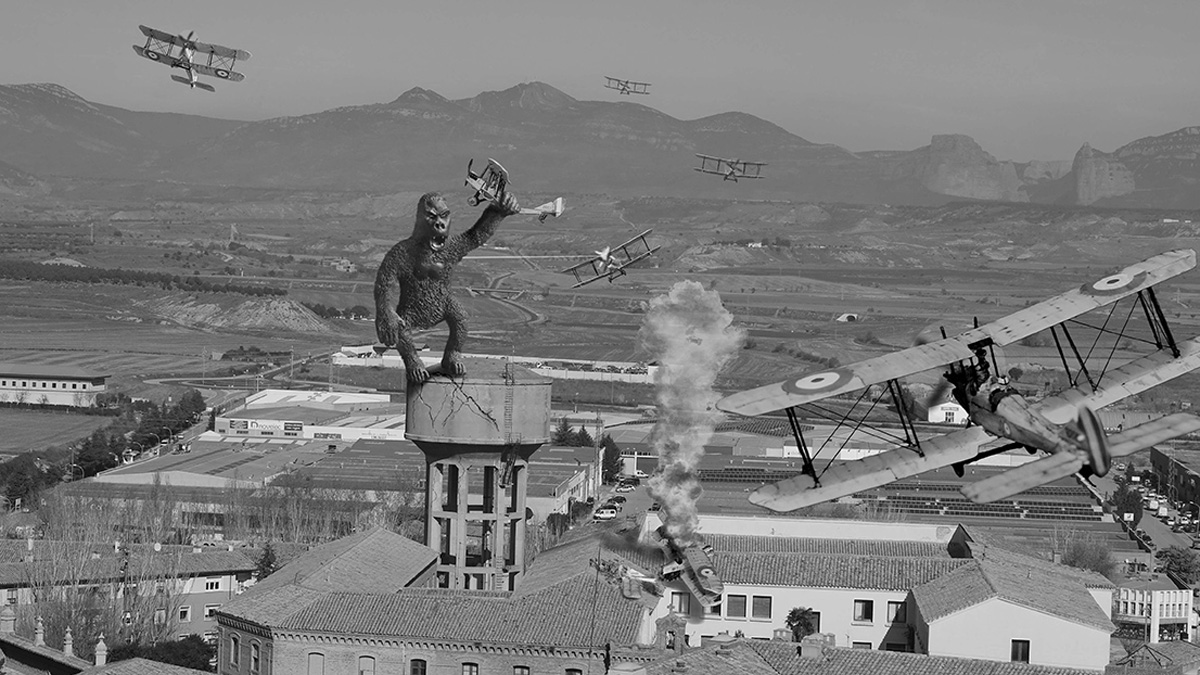 Old cinemas and theaters have an emergency button with a warning indicating very clearly that it should never, under any circumstances, be hit. Well, someone has ignored it and pushed the Olimpia Theater button in Huesca, freeing the characters that were trapped on the screen.

The work is made up of several photo compositions using a trick widely used in film and television: matte painting. It is also called “glass painting technique”. It is a special effects technique used in theater that consists of painting a very realistic set on a glass support that is placed in front of the camera, so that the image remains perfectly integrated with the background to give the impression that the actors are within the set. The more realistic the painting, the more credible the result. To achieve realism, the painter has to take into account, in addition to the perspective, the light and shadow of the moment of the day of the shooting. Currently the production of this technique is digital, which is why it has been renamed digital matte painting.

Producer and creator of digital content from Huesca. He has made two short films La laguna (2002) and Zumbido (2020 ), and the video clip of the pop group Ciudad de Lobos, Días con Suerte (2012). In the field of digital content, he has made several social network campaigns through the lens of satire and political humor, as well as corporate videos. He is currently working on a poster exhibition using digital image collage applying digital matte painting.