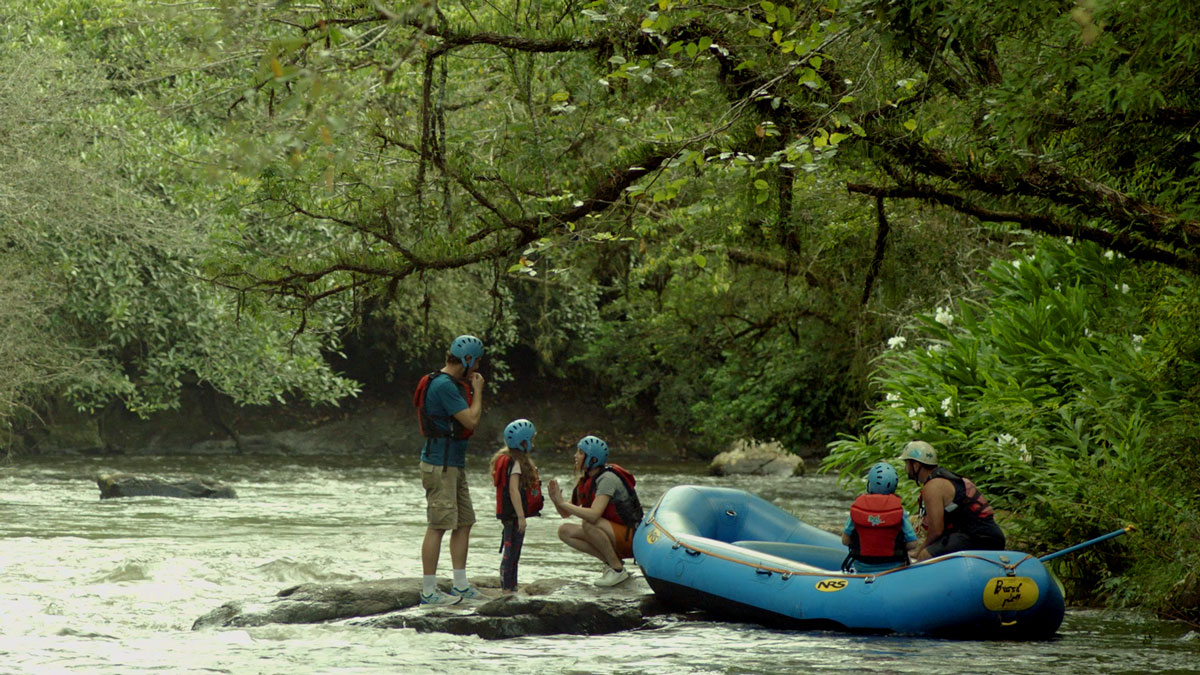 As a result of our collaboration with the NOVOCINE Brazilian Film Festival in Spain, the festival initiated a relationship with the Brazilian Embassy which provided this selection of short films, an outstanding sample of some audiovisual works made in the Ibero-American country.

In collaboration with the Brazilian embassy in Spain.

A family boat runs aground when rafting. Pietra, the youngest daughter, is forced to lose a bit of her naivety.

Brazilian filmmaker with studies in film and creative writing. She has written and directed six short films selected for festivals around the world such as TIFF and Havana Film Festival. Her first feature film, La Nube Rosa, a drama with a touch of surrealism and science fiction was  premiered worldwide at the 2021 Sundance Film Festival. She also won the Best Film award at the 2021 Sofia IFF and is currently participating in other European festivals.

Andrea lives with her mother, who takes photos for identity documents, and her great-grandmother, who suffers from Alzheimer’s. At the age of 10, a school outing will mark her life, although she is not aware at the time that there are moments that can haunt us forever.

Brazilian scriptwriter, director, editor and producer. Baile, her most recent work, was nominated for Best Short Film 2020 by the Brazilian Film Academy and qualified for Oscars by receiving the Best Short Film Award at the 60th FICCI-Int’l Cartagena de Indias Film Festival. It also reached the Top 10 ranking of the Public at the 30th São Paulo ISFF, Best Direction at the 29th Rio ISFF and was selected at the 66th Oberhausen ISFF, the 44th Hong Kong IFF, the 38th Uruguay IFF and the 21st Rio de Janeiro IFF, among others.  She is a partner at Novelo Filmes (Florianópolis, Brazil).

Filmmaker with a degree in Audiovisuals from ECA-USP. She works mainly as an assistant director on fiction projects, among which the films Pendular, Cidade Pássaro, O Clube dos Anjos and the series Feras y Spectros stand out. She is also a researcher in documentary projects, among which the serie Habitação Social-Projetos de um Brasil series y 13 songs para falar do sertanejo stand out. She directed the short films De Castigo, (Tiradentes Festival Audience Award), E, Tiradentes Festival Foco Award, and O Castelo, Itamaraty Award.

Filmmaker. He has directed both short and feature films screened at international festivals. His work revolves around urban landscape, focusing on how it is affected by economic factors, the violent disputes that break out, and the memories that emerge from these changes. His most recent feature film, the documentary La Flecha y el Uniforme reflects on newly discovered archive images made by the Brazilian military dictatorship.