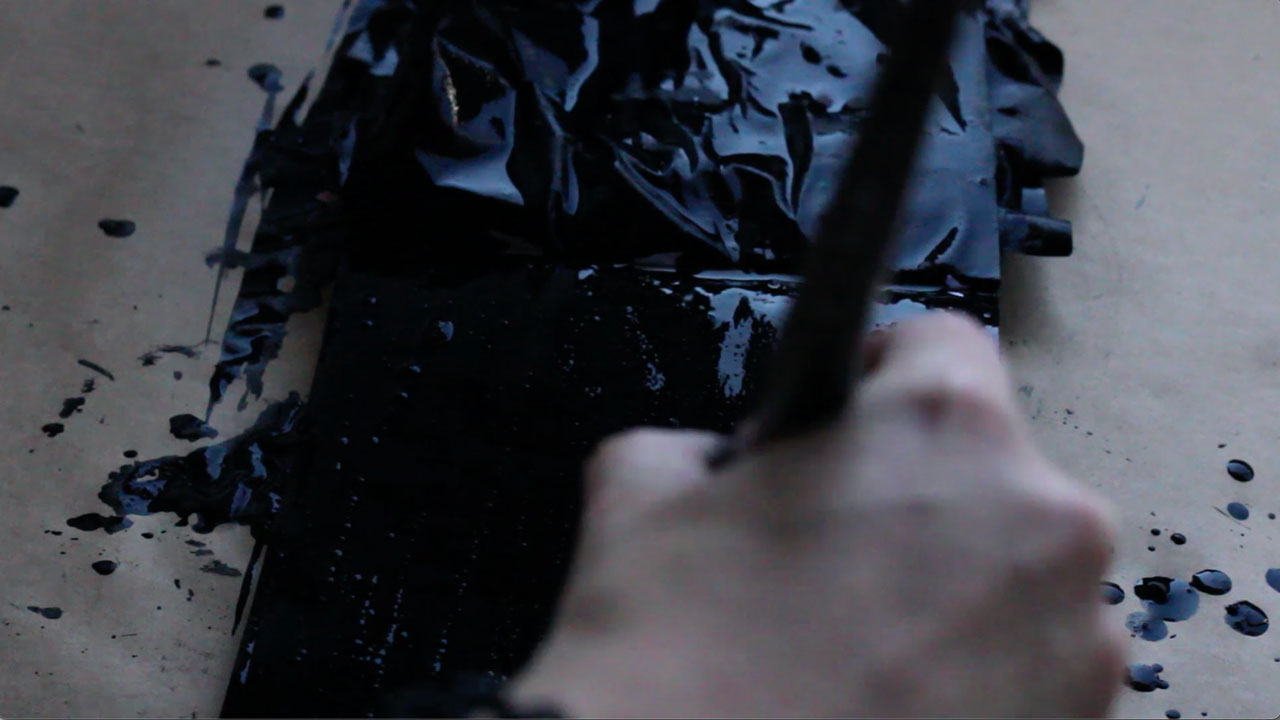 Alba Lorente’s work presents destruction as the creation of an image or piece of plastic art and as a methodology for understanding destructive impulses. Thus, she elaborates a code to obtain a new perception of beauty. What is considered weird and anomalous becomes an outbreak where the work is achieved by tearing and deforming the material with which one works. Following this line, she makes abstract drawings and sculptures, in which the memory of the process becomes the heart of the works, often accompanied by an audiovisual recording of its realization that underlines that idea of memory.

Zaragoza, 1994. Graduated in Fine Arts from the University of Zaragoza in 2016, master’s degree in Interdisciplinary Artistic Creation from the University of Malaga in 2018. She is currently a doctoral candidate in the Contemporary Art Research Program at the University of the Basque Country. He has held individual exhibitions such as Acumen (Salvador Victoria Museum, Mora de Rubielos), Resquicios (Torreón Fortea, Zaragoza) and Ater, Atra, Atrum (Tomás y Valiente Art Center, Fuenlabrada, Madrid) and group exhibitions at the Cervantes Institute in New York. , in the Cuatro Gallery (Valencia), in the Antoni Pinyol Gallery (Reus) and in the Sástago Palace (Zaragoza).