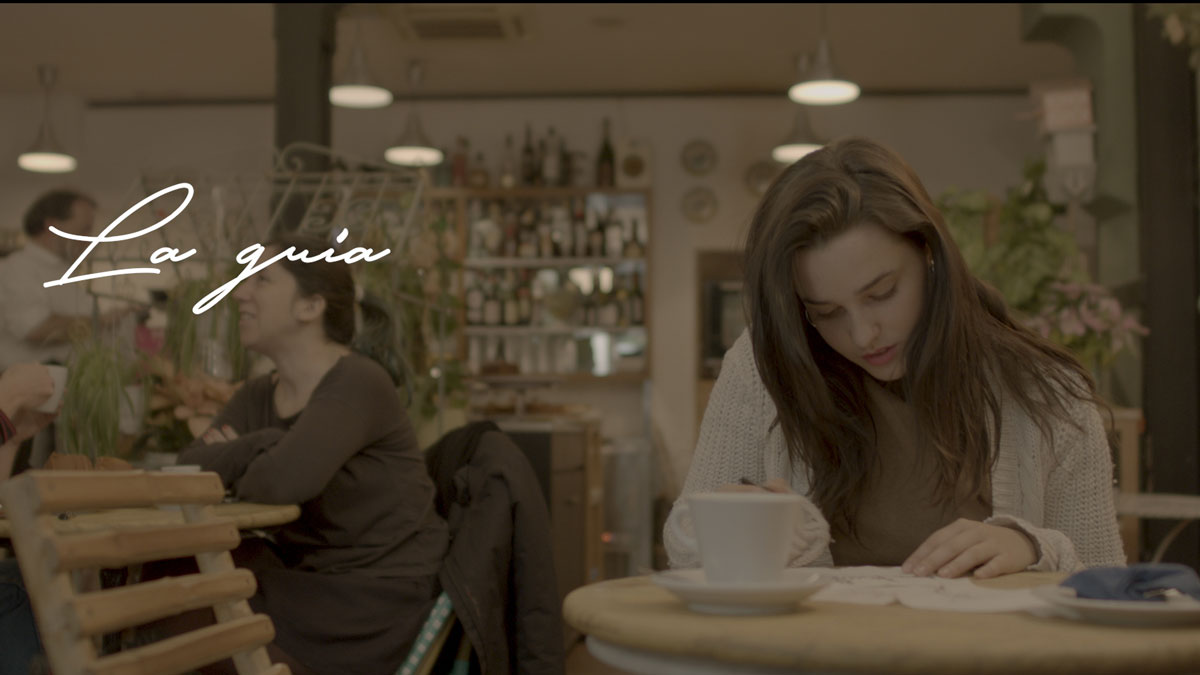 In collaboration with the Universidad San Jorge.

Marina is a tourist guide in the city of Zaragoza. Every day, she has breakfast in her favourite café while she draws the sights she will visit later with her group. Clueless, lonely and smiling, Marina lives in monotony, … who guides her?

Born in Zaragoza, she is currently studying Audiovisual Communication at the Universidad San Jorge, and was awarded the Excellence and Heraldo of Aragón scholarship. She collaborates in audiovisual projects with different NGOs and has completed her university studies with ECAM courses.

In 2018 she began working as a filmmaker and camera operator for television and social networks at the Pirineos Sur Festival; and as a production assistant at Brusau Films for the short film Voces, by Hada Torrijos. At the beginning of 2019, she won the award for best screenplay at the Central Market Screenwriting Contest, organized by the Zaragoza City Council, Zaragoza Tramways and the Ecozine Film Festival, with the short film La Guía, obtaining funding for the filming. La Guía is in the distribution process and has already obtained selections at the Zaragoza Short Film Festival and the Zaragoza Film Festival. The same year, she worked as a casting camera in the film Las niñas, by Pilar Palomero, and directed the short film Miradas, which won the award for best short film in the Aragonese language at the Zaragoza en Corto Festival.