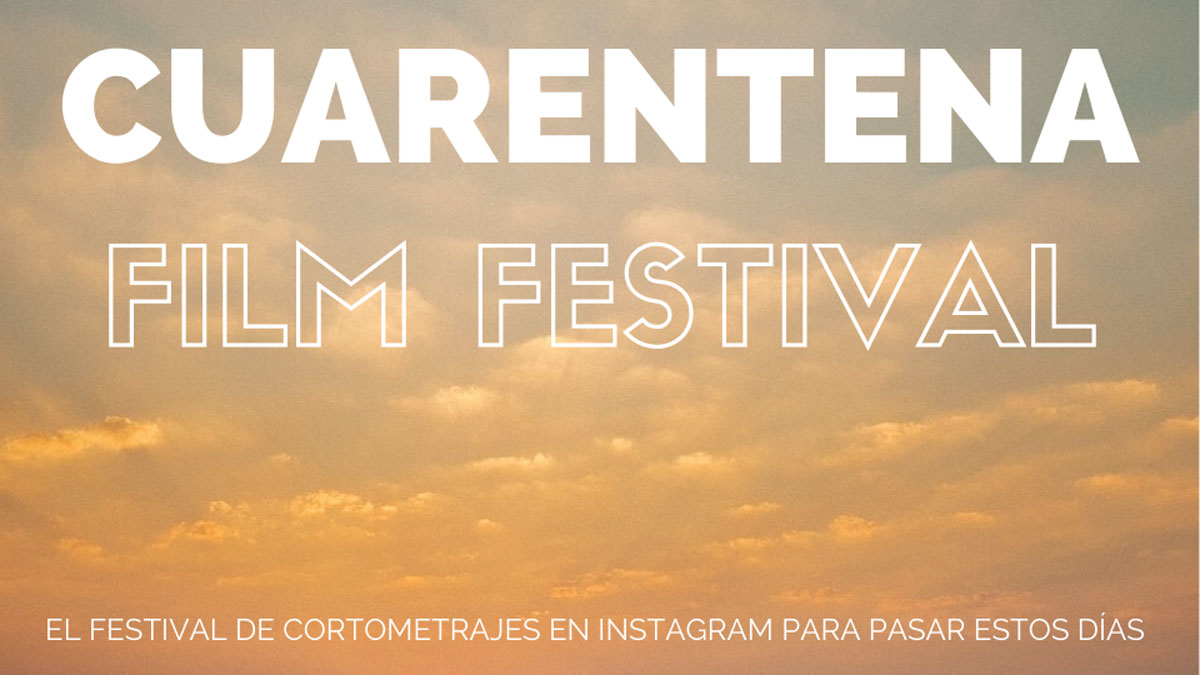 Past results for the online festival Quarantine Film Festival:

Always attentive to current events, the Huesca International Film Festival echoes part of the production developed in an event born out of an exceptional situation. We collaborate with the Quarantine Film Festival by showing, through an online session, the pieces that have been part of its history.

Cuarentena Film Festival was born on Instagram with the main objective of supporting the #YoMeQuedoEnCasa campaign, promoting culture, creativity, hanging out, avoiding divorces, abolishing boredom and much more … We want to demonstrate that in the most difficult times human beings are able to express all their creativity and share it with others.

What started as entertainment has become in recent weeks the largest short film festival supporting the #YoMeQuedoEnCasa campaign. We have not stopped growing and we now already have more than 14,000 followers in @cuarentenafilmfestival and we have received nearly 1,000 short films both from Spain and from countries such as Peru, Chile, Mexico, Colombia …

We have a luxury jury made up of Isabel Coixet, Nadia de Santiago, José María Goenaga, Abril Zamora and Jon Plazaola, who are currently deliberating on each work.

The festival is organized by the audiovisual production company Bedmar Films, located in the center of Madrid, and formed by the actors Mikel Bustamante and María Algora, who made the short film La vecina to encourage people to record videos from their home.

We are very happy to be able to award prizes in all categories. The Grand Prize for the Best Short Film will be endowed with € 1,000. To make this possible, we have the great support of the brand Jameson, already well known for its commitment to cinema and culture.

In addition, Aguilar Film Fest, Madrid Film Institute, Festival Rueda Con Rueda, Cinephone and Actors Madrid have joined us. And we have the great talent of the potters and designers La Purísima Conchi who will be in charge of creating the winners’ trophies.