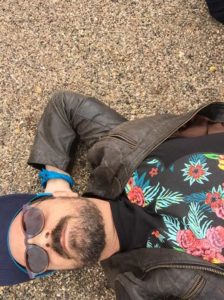 Don’t tell mom where you were last night!

DJ David Matamoros
Producer and film director, he mainly works for Zentropa, Lars Von Trier’s producer. Evolution, The Year of the Plague, Tasting Menu and Grimsey are some of his recent productions. In addition to regularly attend film festivals around the world, David Matamoros also works as a lecturer at Pompeu Fabra University and has written a book on marketing films. However, he attends our festival as a DJ, another of his many talents with which he will liven up the opening party of the Festival.