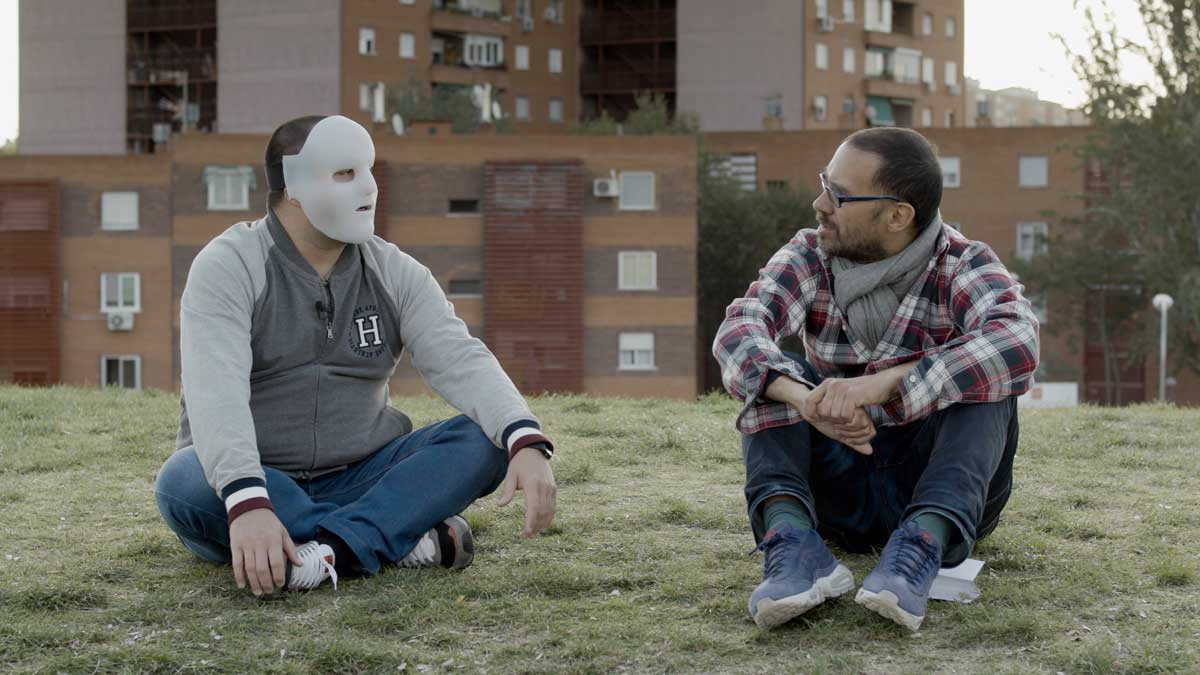 After reading a story about Flako’s arrest, ” Vallecas Robin Hood”, the leader of the “gang of the sewers”, Siminiani, decides to approach him to fulfill an old dream: to make a robbery movie. Like in Mapa, Siminiani draws us into the process of creating a film, and thus begins a series of hilarious crime cinema  lessons that will lead to a unique friendship, and the portrait of a fascinating character.

Santander, 1971. Passionate about audiovisual, León Siminiani has researched different formats and genres. In his fiction film, Ludoterapia (2007) and El Premio (2011), nominated for Goya for the best short film, stand out. His series of short documentaries Conceptos clave del mundo moderno, is a long-term project that has so far yielded four titles: La oficina (1998), El permiso (2001), Digital (2003) and El tránsito (2009). He entered the world of “daily news” films with Límites 1.ª persona (2009), winner of the Ibero-American Spanish Version of TVE. His first feature film, Mapa (2012), halfway between the newspaper and the film essay, won the Best European Documentary award at the SEFF 2012 and was nominated for the Goya 2013 to the best documentary. During the five years of production of his second feature, Apuntes para una película de atracos, he collaborated in screenwriting and editing with authors such as Virginia García del Pino or Jorge Caballero.

He has directed projects for television such as the documentary miniseries Operación Nenúfar: el Caso Asunta, awarded with the Magnolia Award for the best documentary series at the Shanghai International Film Festival. He is currently working on the production of a documentary series about the Alcasser case for Netflix. He also tries to combine his work as a filmmaker with teaching, giving script and direction courses at Pompeu Fabra University and ECAM.