CHILDREN AT THE FESTIVAL: WE ALL HAVE A CINEMA INSIDE 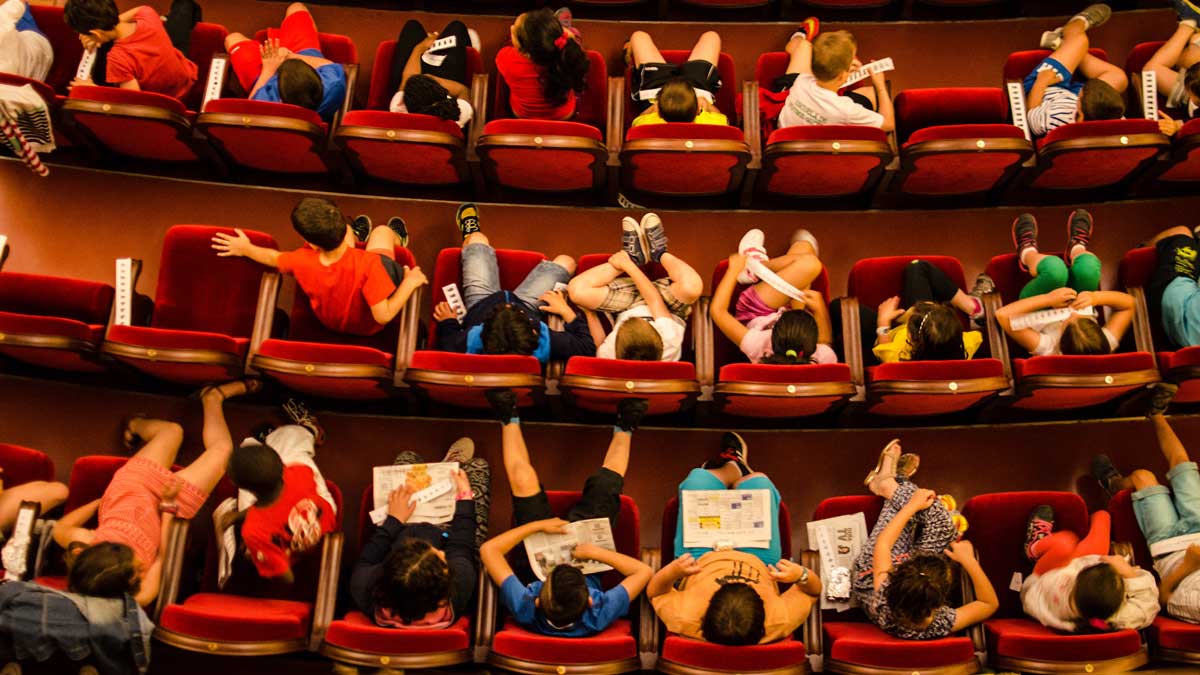 Our proposal for girls and boys comes from Luis Buñuel phrase: “We all have a cinema inside”, which Un Día de Cine will bring to the International Film Festival of Huesca. Starting from the reading of the synopsis of a short film, the students will have to unleash their imagination to develop the story and give it a title. They will be invited to imagine a sequence; mentally creating images, then transpose it to pictures for the director. With the complete script, they will have to list places, objects and characters that appear in the film. They will participate in a casting with texts to read in order to vote to who would do best each role. Finally, they will make a first dramatized reading of different sequences and others with props and furniture. They will hear the short film without seeing it and they will see it without hearing it, to later see the complete work and participate in a cine- forum. With the collaboration of Un Día de Cine and the Cascabillo City Library.