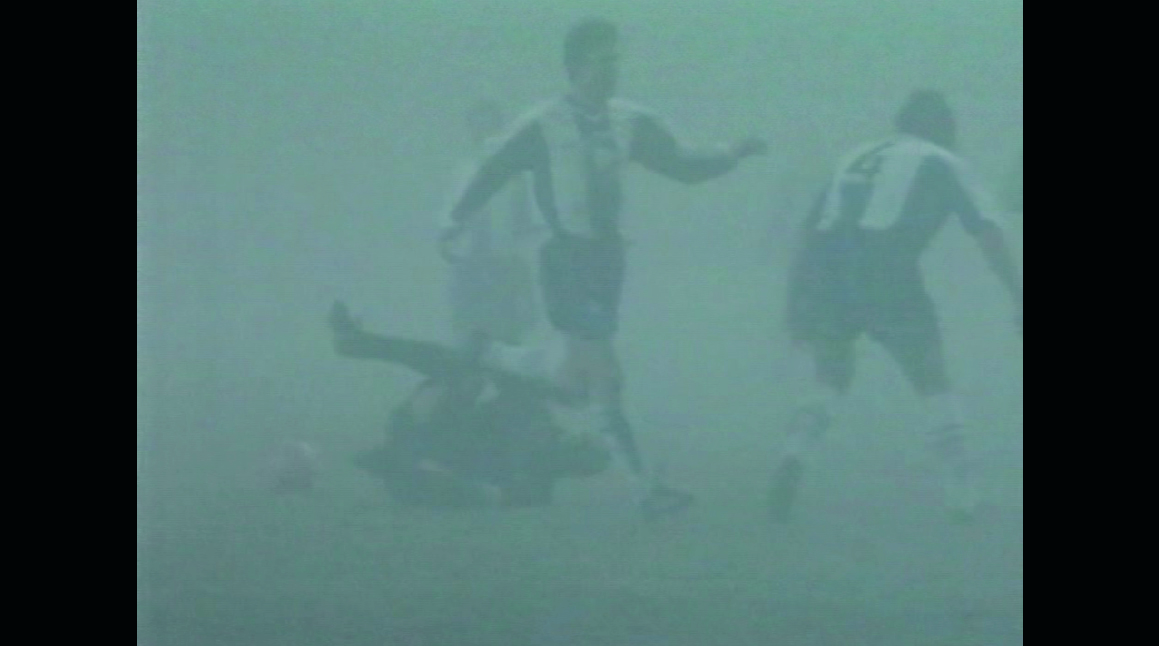 The work of Ann Veronica Janssens lies at the limit of perception. Her work is conceived to manipulate the sensory stimuli of the public and to provoke an altered physical and mental experience. Through an exercise of dematerialization and conceptual transformation of space, her interventions, often through sound or lights, make the viewer lose his/her spatial references and expand the framework of his reality. The combination of this auditory stimulus with the play of reflections that the human eye cannot capture creates an unusual chromatic atmosphere and offers an intelligent exercise of “denied” perception. This idea of negation, whether of materiality or its absence, is one of the most significant artistic identity.

Berlin – Barcelona, 11/24/1999 is a video installation where the artist uses pictures of the party that took place between the Hertha Berlin and the F.C. Barcelona in the 1999 Champions League. A game that should not have been played because there was almost no visibility due to the intense fog. Despite of it, the UEFA insisted that the event had to take place.  This work shows a game in almost no visibility, in which the soccer players do not fight for the ball but against the disorientation. As if it were a ghostly scene, the ghosts of the players enter and leave the humid cloud with the same confusion as the spectators. A game that was actually played but that was never seen.