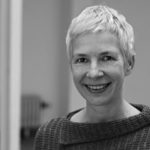 After finishing her studies of Slavonic and German literature, Alexandra Gramatke worked as a free-lance interpreter for literature and documentary films. In 1994 she joined the Thede, a Hamburg based group of documentary filmmakers. Here she produced several films, as Dynamo Kiev. Good Old Boys (2000). Besides she worked as production manager, publisher and film curator. Since 2008 she has been the managing director of the KurzFilmAgentur Hamburg, a short film distributor and host of the annual Hamburg International ShortFilmFestival. 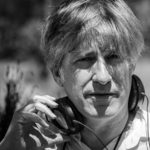 Bachelor of Information Sciences at the UPV / EHU, Gaizka Urresti is a producer, screenwriter, director, cultural manager and teacher of both Film and Television Studies. In addition, he is president of APROAR (Independent Aragonese Producers Association) and member of the Spanish and European Film Academies and of EGEDA (Audiovisual Producers Rights Management Institution).

As director, screenwriter and short film producer, he produced Malice in Wonderland (2004), Root (2003), The Heart of the Memories (2001), A God that No Longer Shelters (2010), Private Sale (2012), Why I Write (2013), Most Beautiful Day (2016) and El trastero (2016). He produced documentary feature films such as The Last Script. Remembering Buñuel (2008) and Unexpected Life (2013). Productions that have collected more than 80 national and international awards among which are to be noted the Goya nomination in 2011 to A God that No Longer Shelters for Best Documentary Short Film and the 2014 Goya to Private Sale, for Best Fiction Short Film. 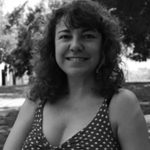 As a documentary maker she has directed and produced 15 longform documentaries for the Spanish TV program Documentos TV. She was awarded the Reina Sofía Prize on Journalism.

She is currently Coordinator of the Documentary Chair at Escuela de Cine de San Antonio de los Baños in Cuba, and at the Documentary Department of the Film Institute in Madrid, Spain. She has taught on Script, Documentary Narrative in universities and schools of many countries, among them, Spain, Mexico, Brazil, Albania, Puerto Rico and El Salvador.

In 2016 she is going to produce Alcasser, la muerte en directo, by Javier Rebollo, fourth film of her film producer.[/infopane]

This site uses Akismet to reduce spam. Learn how your comment data is processed.