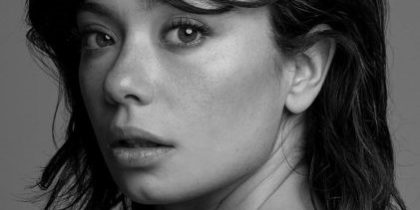 THE PRIZE DISTINGUISHES THE CAREER AND PROJECTION OF THE SPANISH ACTRESS

The actress Anna Castillo will receive the Carlos Saura City of Huesca Award at the 48th edition of Huesca International Film Festival. Thereby, the Upper Aragonese festival honours the talent and projection of one of the most outstanding performers of the national scene, ‘she has an innate ability she has displayed and developed in every kind of genre and format, her figure embodies the spirit of this award that highlights present and future of the seventh art’, declares Ruben Moreno, director of the festival. The filmography of the Goya winner actress includes more than thirty works in a little over a decade from her film debut, feature films as The Olive Tree, Holy Camp!, Journey to a Mother’s Room, Adú, together with series as Paquita Salas, Madrid on Fire or Estoy vivo, show her stage presence. This tribute seeks to honour her figure and is aimed at highlighting models for young filmmakers and professionals within the industry.

The award was endorsed last year by Huesca filmmaker Carlos Saura, whose name joined the recognition. One of the most illustrious names of current cinema who was, in addition, the first one to receive it in 1991; Some others, as Fernando Trueba, Arturo Ripstein or Julio Medem, received it as well after him. In 2014 the award was reformulated in a new light that aims to stand out talent and projection; this is how Adriana Ugarte, Silvia Abascal, Paula Ortiz, Leticia Dolera, Aura Garrido or Isabel Peña and Rodrigo Sorogoyen were awarded in previous editions.

For the 2020 awards, Anna Castillo will attend an exclusive meeting with the festival at a virtual award ceremony that will count with the participation of Carlos Saura. An adaptation for this edition in which this cultural event of Huesca is working intensely. Current circumstances have led directing team to redirect next edition which will be held from 12th to 20th June and will be based on three essential guidelines: an online section where 80 competing shorts and several parallel seasons will be displayed, on-site screenings with reduced seating capacity for all the official section and a drive-in season that will bring together the concept of cultural festivity of the festival and the observation of the social distancing protocols recommended by health authorities.

Anna Castillo (Barcelona, 1993) got involved in acting as a child; graduated with a Bachelors of Performing Arts, her passion for this profession was formalised at the age of seven, when she started her training. Her versatility was manifest quite early, at the age of 12 she enrolled the music group sp3 (she was a member for five years); when she was 15 years old, she signed up for one of the referent shows for children audience at Televisió de Catalunya: Club Super3; where she played ‘Anna’, a character that gave her great popularity at her homeland.

After appearing in several short films, 2010 marks a step forward in her career, her first opportunity on the big screen came thanks to Elena Trapé with the feature film Blog (that participated in San Sebastián Festival), she debuted on the stage with the musical A by Nacho Cano and joined the cast of Antena 3’s series Doctor Mateo.

In her third length film, Ghost Graduation by Javier Ruiz Caldera (Three Many Weddings, Superlópez), she was on the bill with other remarkable names of the present Spanish cinema such as Raúl Arévalo, Alexandra Jiménez, Aura Garrido, Carlos Areces or Silvia Abril. This work was followed in 2013 by Antena 3’s series Amar es para siempre, combined until 2014 with Holy Camp!, highly acclaimed by critics and audience, Javier Ambrossi and Javier Calvo’s musical starred by Macarena García.

Her film breakthrough came with the role of The Olive Tree (2015) by Icíar Bollaín, a film that featured her and Javier Gutiérrez, for which she won a Goya Award for Best New Actress. After this award, she took part in series as remarkable as El Ministerio del Tiempo, Paquita Salas or Estoy vivo, while she shot two more films: Gold by Agustín Díaz Yanes and the film adaptation of the work Holy Camp!. With this last one, she was once again nominated to the Goya Awards, this time as Best Supporting Actress.

2018 is also another important year, Journey to a Mother’s Room was premiered at San Sebastián Festival, Celia Rico’s debut work, where Anna worked together with Lola Dueñas, and she participated in Movistar + series, Madrid on Fire, created and directed by Paco León. These two roles were awarded at 2019 Feroz Awards ceremony, as she became one of the greatest protagonists of the occasion.

Among her last projects there can be found the recent Adú by Salvador Calvo (the top-grossing Spanish film of 2020) and Mariano Barroso’s series for Movistar +: La línea invisible; as well as La vida era eso by David Martín de los Santos, due for release.