A renowned jury for the 82 shortlisted short films 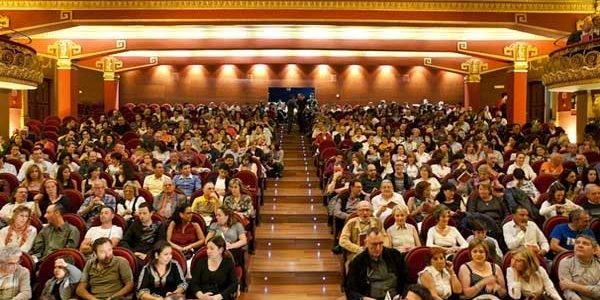 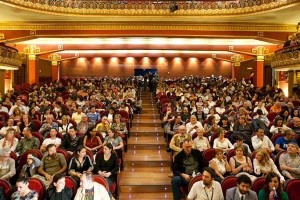 The 82 short films shortlisted for the present edition will be screened from Sunday 14 in two daily showings, at 17:00 and 19:30; except on Sunday, with showings at 12:00 and 17:00. ‘Our work is absolutely addressed to the public and that is why mixed showings will be maintained at appropriate timetables for the spectators’ said Azucena Garanto., The jury members in charge of the International Contest Awards will be David Matamoros, Zentropa International Spain producer; Mario Dorminsky, director and founder of Fantasporto, one of the reference festivals of the neighbouring country; and the versatile Natalia Sánchez, recognized actress thanks to her work in cinema, theatre and TV. Latin American jury will count on the presence of Eva Tarr, director of London Latin Film Festival; director and scriptwriter Manuel martin Cuenca, producer of films like Cannibal or The Weakness of the Bolshevik; and Luz Gavás from Huesca, author of Palm Trees in the Snow and Regreso a tu piel. Lastly, Documentary Contest jury will include Lola Salvador, novelist, scriptwriter and producer recognized with the National Film Award 2014; Chris Fell, Leeds International Film Festival director; and the journalist and renowned RTVE correspondent Rosa María Calaf.

The festival keeps its feature film section with the ‘New Latin American Film Makers’ program. The festival maintains its commitment to one of the festival keys: the search for new talents. The section will be composed by national premieres like the Argentine Pistas para volver a casa, multi-award winning titles as Güeros and Four Moons or the Uruguayan Mr. Kaplan, as well as recent productions of the Spanish cinema as Tiempo sin aire and it will be displayed from Monday 15 to Friday 19, June.